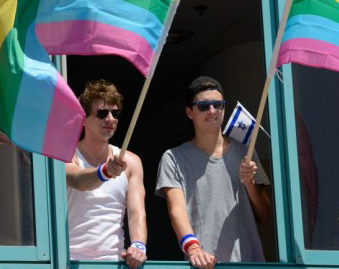 A Wider Bridge broke this story in America in March, now with new developments: Backlash follows Tourism Ministry’s $2.9 million investment in campaign to attract tourists coming to Israel to participate in the parade.

“Once and for all we’re setting conditions and fighting for what we really deserve: If there won’t be fully equal rights here then there won’t be profitable gay tourism,” he wrote.

The Tel Aviv municipality, which organizes the parade, clarified that it will take place as scheduled on June 3, and will mark the empowerment of women in the LGBTQ community. The municipality estimated that 180,000 people will take part in the parade, among them 30,000 tourists.

HOT TOPIC: GET THE FULL COVERAGE