At the upcoming Jewish Transgender Gathering in Berkeley (Nov. 2-4), the goal will be to shine a light onto spirituality. Not only will the emphasis of the three-day gathering be on Torah, but “Torah that has never been talked about in this way,” Reconstructionist Rabbi David Bauer pointed out. 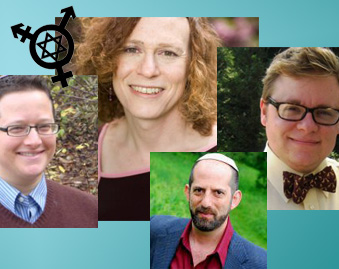 Bauer is the West Coast director of Nehirim, which developed the conference with several partner organizations. It will be held at the Pacific School of Religion in Berkeley, and it will coincide with the area’s first Muslim transgender gathering and the larger Transgender Religious Leadership Summit, now in its sixth year.

Nehirim is a national nonprofit that works on building community for LGBT Jews, partners and allies. It was founded in 2004 by writer Jay Michaelson, author of “God vs. Gay” and three other books.

The Jewish transgender conference will begin on Friday evening with a Shabbat service led by Rabbi Reuben Zellman and poet Joy Ladin, followed by a Shabbat dinner and what is billed as a “Heart Circle.” The circle and other events are closed sessions, for the transgender Jewish community only, but other sessions are open.

As far as organizers can tell, the Jewish transgender gathering is the first conference of its kind, said Noach Dzmura, executive assistant and director of educational technology at Starr King School of the Ministry.

“We’ve come a long way,” said Zellman, assistant rabbi and music director at Congregation Beth El in Berkeley. “Before I went to rabbinical school over 10 years ago, nobody talked about these things.”