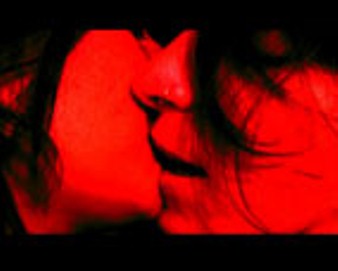 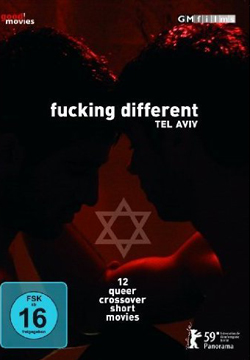 The third edition of the conceptual series “Fucking Different” (the first one was shot in Berlin and the second one in New York) “Fucking Different Tel Aviv” is an anthology of shorts aiming to provide a crossover of diverse views of queer sexuality in contemporary Tel-Aviv, from the perspective of 12 gay and lesbian filmmakers.

As in the previous compilations, lesbian directors were asked to create short films depicting their ideas of gay male sexuality and eroticism, and in turn, gay filmmakers were to describe love and sex between women. The directors were free to choose the genre. The only set parameters included the film running time– 3 to 7 minutes –  and the final format: Mini-DV.
With an overall emphasis on story and character, plot and atmosphere, the collection presents a well-balanced medley of fictional, documentary, and experimental films revealing the key role politics and religion play in gay and lesbian sexualities in this part of the world. While such recurrent underlying themes could potentially reinforce stereotypes of queer life in Tel-Aviv today, the variety of approaches undermines any attempt to define a singular gay and/or lesbian Israeli sensibility and/or lifestyle.

Faithful to the original project made in Berlin, “Fucking Different Tel-Aviv” addresses existing clichés of masculinity and femininity, intending to subvert them through exposure, scrutiny, or simply via recognition. A significant number of transgender artists and drag queens were cast, challenging not only some of the characters’, yet also the audience’s perceptions of gender.

Often witty and utterly sexy, this short film collection ultimately invites you to loosen up and re-examine traditional concepts of “masculine” and “feminine”, while also answering the burning question: Will Ninet Tayeb manage to escape from being kidnapped by a couple of militant dykes?