Rob Schoenberger and his partner Ira Dankberg host A Wider Bridge’s program tonight in their home in Los Angeles, and in this video, that was shot in Tel Aviv during A Wider Bridge LGBTQ Mission last year, Rob talks about coming out and his connection to Israel. 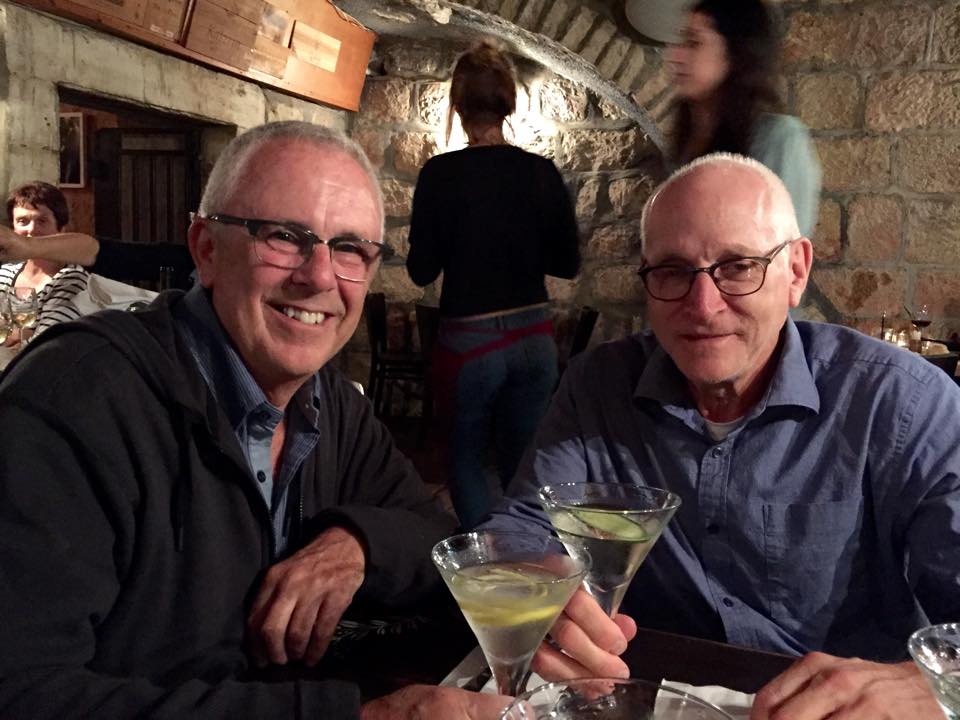 “My partner Ira and myself, we heard about A Wider Bridge through temple members who came on this tour last year and it sounded very very intriguing,” says Rob Schoenberger in a video interview that was shot in the LGBT center in Tel Aviv, “so this year we decided to do it for a lot of reasons, number one – I wanted an adventure, but not just a vacation adventure, I wanted also a learning experience. I’m a non-Jew, but belong to a temple, and I’m learning a lot about Jews and Israel, and number two- my partner is Jewish, and his 60th birthday is coming up and I wanted to give him something special for his birthday.”

For both Rob and Ira, A Wider Bridge Mission was the first ever visit to Israel. “Before we arrived in Israel, other than reading about it, I didn’t really know much about it,” Rob says, “When we arrived and stayed in Tel Aviv on the first night I realized that it’s a bing city that could be anywhere around the world, very cosmopolitan, very beautiful, and then it dawn to me that it’s not like any other city in the world because all of the problems that are here and all the surrounding neighbors, and then it become a whole other thought process, not just being on vacation and meeting new people, but also the history and the culture and the reason why Israel exists today.”

Taking A Wider Bridge’s trip to Israel turned out for the best for Rob and Ira, not only because of the learning and the site-seeing aspect. “The people we met so far through A Wider Bridge are extremely terrific, wonderful people and I have a feeling a few people will be friends for us for the rest of our lives,” Rob says.

When talking about coming out as gay, Rob says that the only thing he regrets was not coming out to his family sooner. “When I came out I was about 16 or 17, I wasn’t very comfortable with myself or even being around other gay people,” he says. “When I was 21 I moved to Los Angeles and then came out to my family in New Jersey, and they already knew, so it really was a non-issue, so I felt we were kinda wasting years of our lives not to get to know each other better. But being out and being American, I feel very comfortable with it, although there’s still a lot to do in the LGBT community.”