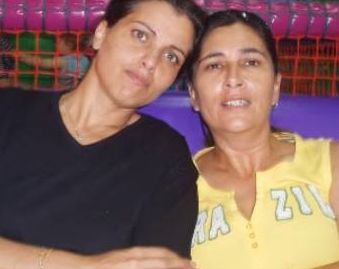 Racheli Elgabsi lost her partner and mother of her children, chief warden (security and rescue forces) Fabi Buhadana Z”L in the Carmel fire disaster. For Memorial Day she writes about those difficult days, the struggle for recognition by the country and her beloved wife who will never come back 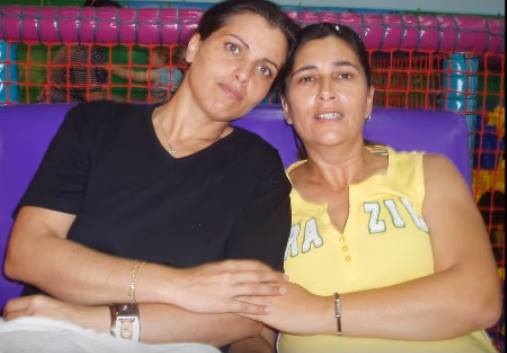 “That damn Thursday of the Carmel fire disaster in December 2010, when I lost the love of my soul, chief warden Fabi Buhadana Z”L,the pain gnawed and tore through every part of my body that will worship her forever. I don’t remember anything from the shiva, I was disconnected from reality in those days.

But during those first seven days, it seems like evil spirits came into my home and created a weird demon dance that lasted three and a half years. My home – which had two mothers and three children – a home with lots of singing, laughter, love, respect and values, a home with plenty of room for everyone to say whatever was in their hearts, a beautiful home – collapsed like a house of cards.

At the end of the shiva we remained, me and my three children – Evyatar (autistic), 11.5 years old, Noam, 8.5 years old and Julie, then 10 months old. And then Noam came up to me and asked me, with a lot of fear in her eyes: Are you leaving us? I understood that the stability we had was no longer there. I had an autistic child, whose one mother had disappeared, and I had to continue therapies in order not to increase the damage, and a 8.5-year-old who feared, in the wake of the disappearance of one mother, that the other also would soon disappear and leave her by herself. And next to them, I also had a 10 month old baby, a little baby that had to get the full attention and both hands for growth in good health.

Then an angel entered my life: attorney Michal Eden, who was sent to me from heaven. Eden was the only person to whom I told my story, and serenely and calmly she looked at me and said to me: “Everything will be yours, it’s only a matter of time!”. Today, 5 years after the disaster, Evyatar is 17.5, Noam is 14.5 and Julie is almost 6, and thankfully we are listed as one family in all the governmental bodies. I am Fabi’s widow, and Julie is recognized as her daughter. We all have the same rights as any other bereaved family.

Today my home is back to being a stable, happy and safe home for everyone to say whatever is in their hearts, and we have all the rights that we deserve, that any bereaved family deserves. My three babies are safe under my wings forever! Today, I have three children who are quiet, calm, happy, beautiful, and have compassion for all human beings.

But I often ask myself – if they weren’t dealing with my bed and my sexuality, how much injustice and suffering would’ve been spared my kids? Children who had just lost in such a bad, difficult and painful way one mother, and were now compelled to isolate their pain and shove their fingernails into the flesh of their second mother for fear she would go away and leave them too? I found myself having to prove to everyone that my children are my children, that I have to prove to the world that every one of my children is part of the component of my heart, and without them I would not have the ability to survive.

On Memorial Days we go to Ness Ziona, a city that from the beginning recognized Fabi and her heroism, and that perpetuates her without a difference from the other fallen of the city. In the past two years, the city also gives me the honor to light a torch at the national cemetery, and here I don’t feel any kind of homophobia or that I am treated differently.

My Fabi was a woman with many qualities. And no, I’m not glorifying her name just because she was not with us, she honestly was a very special person. Ideological vegetarian with tremendous love for humans and animals, who have never gossiped or spoke badly about anyone.

My Fabi will forever remain my wife and the mother of my children, and I swore, that when I ever speak about her, a smile will be on my face. Yes, even on Memorial Day.