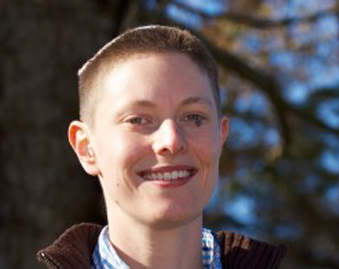 Converting to Judaism about a year ago, a transgender man in Washington, D.C., asked his rabbi a pointed question about the last step in the process, which calls for dunking naked in a ritual bath: Could he locate a transgender man to serve as the required witness for this immersion?

Dozens of Jewish leaders in the region, including Rabbi Laurie Green, got the email asking if they could produce such a witness, who, according to Jewish law, would have to be Jewish.

“We were looking really hard to find someone,” said Green, who presides at Bet Mishpachah, a gay congregation in the nation’s capital. “It was a problem that we couldn’t meet this reasonable request.”

But it wasn’t just this man’s request. Rabbis across the nation have noted the trend. Green alone is helping three transgender people to become Jewish.

“There’s a particularly high percentage, it seems, of people who are transgender who are also converting to Judaism,” said Carrie Bornstein, the executive director of Mayyim Hayyim, a mikvah — or Jewish ritual bath — outside Boston.

In response, Jewish leaders for the past several years have been trying to welcome transgender people — those born Jewish and converts — into their Jewish communities. These efforts often focus on mikvah, where conversion is completed and gender is on full display.

It shouldn’t be too surprising, said Rabbi Micah Buck-Yael (in the photo), a transgender man and the chaplaincy director at St. Louis’ Jewish Family & Children’s Services, that people transitioning in one part of their lives are often transitioning in another.

“Once you start to ask serious questions about whom you are in the world and how your core sense of self interacts in the world, it makes sense that everything is subject to question,” he said.