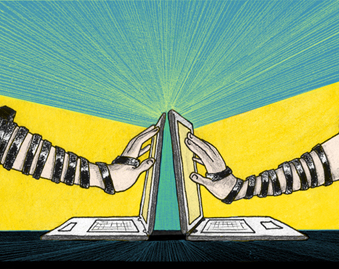 Websites, blogs, Facebook groups, and online support groups offer the chance to connect without the risk of ‘going public’

Growing up in an ultra-Orthodox family in Brooklyn in the 1970s, Moshe struggled with his homosexuality. “I went to yeshiva and there were no gay characters on television,” said Moshe, who asked that we not use his real name. There was no discussion of gay issues at the yeshiva, either, he remembers: Everyone was implicitly taught that the only way to channel their sexuality was to get married—to women, of course. At 22, Moshe did just that, hoping he could “marry the gay away.” “We dated for 12 days,” he recalled. That was in 1994, before the popular advent of the Internet. At the time, Moshe didn’t realize there were other Orthodox men grappling with their sexuality, too.

The online universe changed all that. A few years ago, he began reading blogs about other Orthodox gay men who were coming out. While he was still unable to confront his sexuality publicly, he felt he needed to connect with other people in similar situations—something the Internet allowed him to do without “going public.” “I was able to see people expressing themselves—Orthodox friends of mine expressing themselves with their homosexuality, and I wanted that,” he told me. “I needed that.”

His therapist at the time, a prominent rabbi in Moshe’s community, suggested he start his own blog to discuss his homosexuality anonymously. In June 2011, as a married father of four, he did. “I am a frum, gay & married male who feels compelled to share,” he wrote in his first blog entry. “I could be a mispallel in your shul listening to the Rov talk about the perverts and mishkav zochornicks [homosexuals] supporting gay marriage. … I reiterate, I am lonely and in pain. … I am convinced there are other people like me out there. I want them to know that they are not alone. I want to have the opportunity to hear from them and share my experience with them.”

Moshe wasn’t the only one. Since the Internet boom and the more recent growing popularity of social media—from blogs to Facebook groups, dating sites to Twitter feeds, as well as official organizational websites—there has been a veritable explosion of sites and support groups for LGBT Orthodox Jews, a population that until now, hid in the shadows. The Internet has created a safe space for a population caught between the demands of faith and the demands of self—a population that didn’t have a safe space before.

Read the full story on Tablet 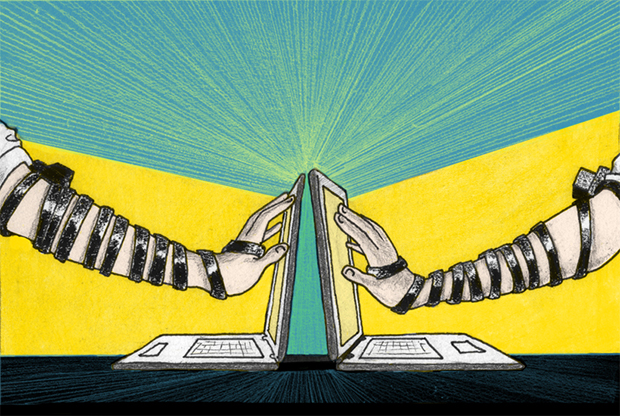