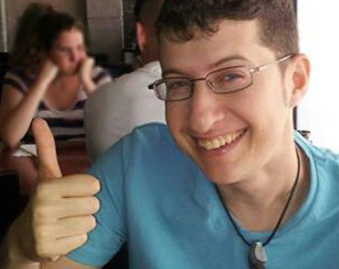 Elisha Alexander spoke in the Israeli press about the recent achievement of the trans community: Making the Health Ministry ease the criteria for sex change operations in Israel.

Ministry of Health on Tuesday said it was lowering the the minimum age requirement to be approved for a sex change from 21 to 18.

Elisha Alexander (in the photo), director of the transgender program at the LGBT center in Tel Aviv, says that the reform has made some significant amendments to the law from 1986, but other countries are still more advanced than Israel when it comes to transgender rights.

The changes were introduced following campaigning by the country’s transgender community, according to the daily Haaretz.

The rules also state that gender reassignment candidates must live a minimum of only one year with their new gender identity, rather than two.