Following the public support of his lesbian aide, Naftali Bennett, leader of the right wing orthodox Jewish Home party (Bayit Yehudi) faces challengers from hard-liners and his own central committee – but that may not be a bad thing for him. 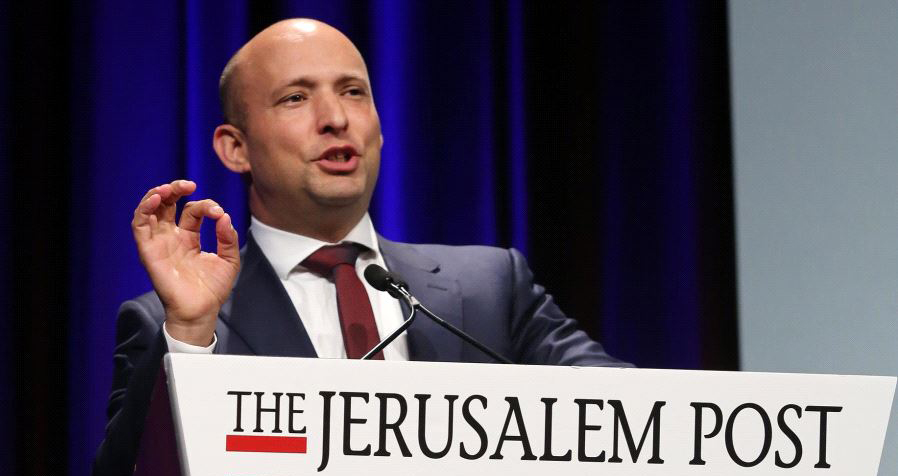 A debate is taking place about what Bayit Yehudi’s future and character should be: focused on religious Zionists, or open to more of the secular population? All about settlements and diplomatic issues, or much more? Bayit Yehudi is at a crossroads, but you would be forgiven for thinking you have heard that line before, because these questions have come up again and again since Naftali Bennett took over nearly five years ago.

The rift between Bayit Yehudi and the National Union, the more religious, more rightwing party within the Bayit Yehudi faction, is, to some extent, about that, and may come to a head in their two separate ideological conferences next month.

he hard-liners in the National Union – Agriculture Minister Uri Ariel and MK Bezalel Smotrich – don’t like Bennett’s willingness to compromise on matters that are important to them, and Bennett doesn’t particularly like having a rabbinically aligned pressure group within his own Knesset faction. National Union, in fact, used to be a mixed religious-secular farright bloc made up of several parties – Yisrael Beytenu was once one of them – but it is now just Ariel and Smotrich’s religious-right party, Tekuma.

National Union would like to run with Bayit Yehudi in the next election, like they have in the past two. A source close to Bennett said he is weighing his options and doesn’t see a need to commit yet. Meanwhile, Ariel and Smotrich have taken to making snide comments about Bennett to the press, which the source says is not helping their case.

Smotrich said Monday that “the question is where Bayit Yehudi is heading. “If Naftali wants to be a secular party that is right-wing diplomatically, he can go ahead [without us], but if he wants to keep the party religious-Zionist, then we will run together.” Continue reading in the Jerusalem Post