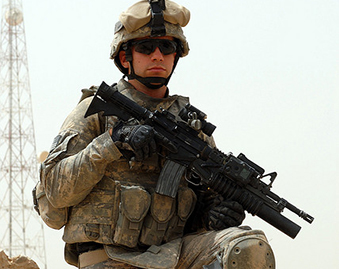 The Israeli army is far ahead of the American army on the transgender issue. Not only does the IDF already allow transgender people to serve, but last month the first FTM transgender graduated corps school and became an officer.

US Defense Secretary Chuck Hagel said recently that he would look into the American military’s ban on allowing transgender people to serve in the armed forces, adding that “every qualified American” should have an opportunity to serve.

But the Israeli army is far ahead. One of the graduates of a recent officers’ training course in the famous “Base 1” (the only base that trains officers for the IDF) is a transgender. Early in the course, when the cadets noticed that one of them was actually a woman who looked and acted like a man, they didn’t hesitate; they asked him about it. He told them that he realized he wanted to become a male at a very early age and hopes to undergo the surgery after release from the army. During the course, he even gave them a class on transgenders.

The officer-to-be lived in the women’s dorms, but was given the opportunity to shower at separate hours.”He told me that throughout his service, the IDF expressed sensitivity and consideration,” said a female officer who served with him in the course. “The commanders of the various courses asked him questions and expressed interest, and offered him special treatment in service conditions, including special living arrangements, but he always said he didn’t feel the need.”

At the beginning of the course, he asked to be addressed as male – and that’s what happened. “It’s no different than serving with any other person. In my case, he was very open to talk and I felt comfortable asking him questions,” said the classmate.

According to the spokesman, the IDF, and especially the personnel department and staff advisor on women’s affairs, does everything to incorporate transgenders in different stages of their process, so that they will be recruited and will serve their respective terms. “Every query regarding the service of transgenders that is obtained in the IDF is being assessed individually by the factors responsible,” a military official told Israel’s Channel 2 news. “All these efforts are being made in order to try as much as possible to make their service environment suitable and appropriate to the needs of the army as well as their personal needs. All is done with an understanding of the complexity of the issue.”