Lina, who will take the stage at Tel Aviv Pride this Friday, is the first ever Palestinian singer to perform at a Gay Pride Parade in Israel, carrying the message of peace and hope. 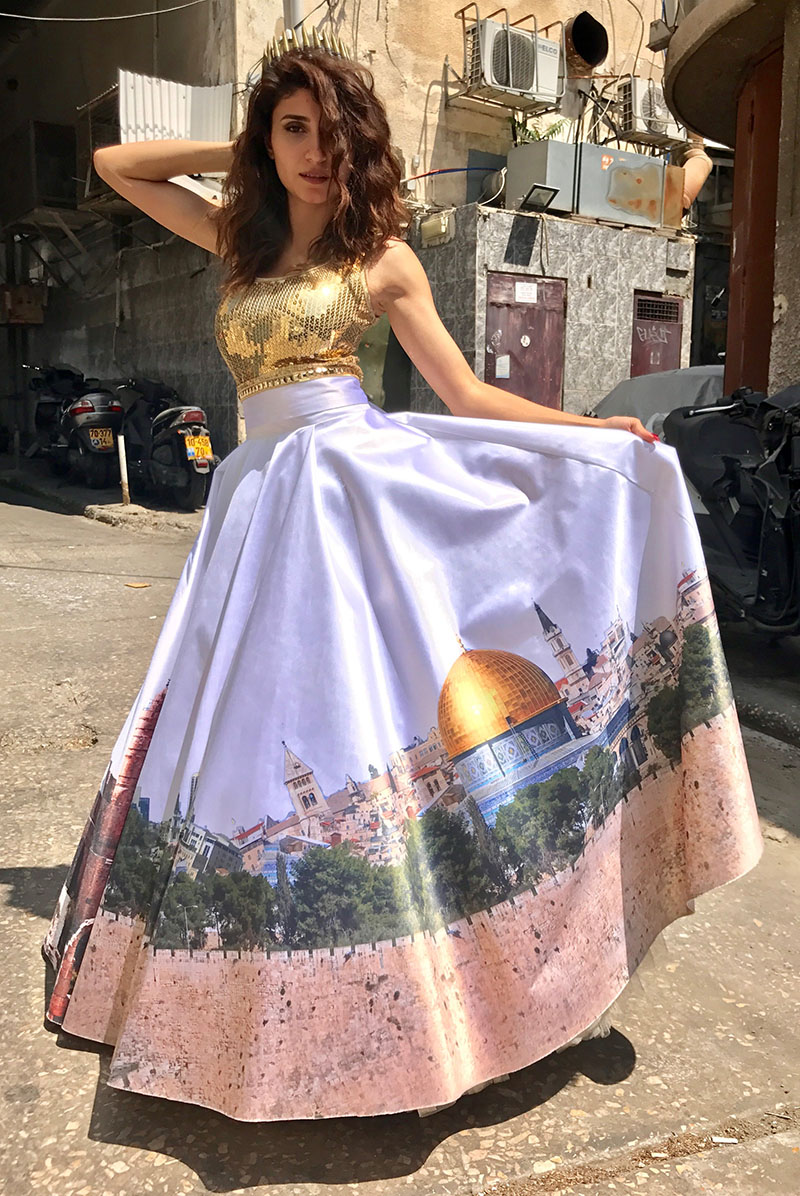 Lina introduces the dress she will wear at her Tel Aviv Pride performance.

On Friday June 9th, 2017, over 100,000 people will gather in the streets of Tel Aviv to celebrate Gay Pride. The city will come to life with vibrant colors, beautiful people and an electric atmosphere of hope, celebration and acceptance.

Arab singer Lina Makhoul, the Voice Israel alumna, will become the first ever Palestinian Arab to promote and support Tel Aviv Gay Pride which is one of the biggest in the world; her message is simple but powerful; every religion, every country, every sexual orientation has a right to live together in harmony, peace and respect under the same sky and that whether you are white, black, brown, Christian, Muslim, Jewish, Straight, Gay, Transgender or Bisexual, we are all the same.

Lina’s story is inspiring. In 2013, she won the Voice Israel, an incredible achievement, musically and culturally, considering the fact she is the first Palestinian to ever win a major TV show in Israel by the public vote. Lina was quoted as saying “I’m very proud of this accomplishment since it’s solid proof that peace will eventually come from the people and not governments.”

On Friday, Lina will perform at Tel Aviv Pride with an exceptional performance consisting of a diverse set including her singles “Dance Sucker” which peaked Top 5 in the UK Music Week Club and Pop Charts late 2016 and her latest single “Cant’ Keep Falling,” released in May. The single peaked at No. 1 on iTunes Israel and is receiving heavy radio and video support throughout the country. The single was just launched internationally and in the UK and is already receiving immediate support from press and radio.

The official music video of “Can’t Keep Falling” was added to the Boxplus playlist in the UK and on MTV Live in the UK, Russia, Poland, Belgium, Mexico & Argentina.