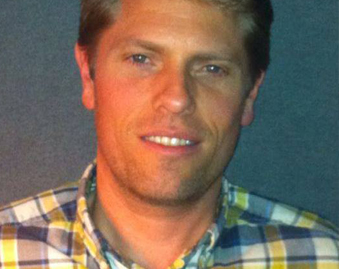 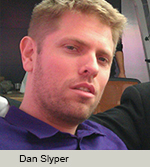 For the first time in the history of the State of Israel, a lesbian has been appointed as a Knesset candidate, by Yair Lapid’s Yesh Atid party. Zehorit Sorek, 39, is modern orthodox, married to her long time life partner Limor, a mother of two, and has been the head of the party’s LGBT wing for the past two years. Prior to that, she was a board member and a volunteer at Hoshen, the LGBT organization promoting tolerance towards the LGBT community in high schools throughout Israel and was also active in IGY, the Israeli Gay Youth organization, a scouts-like movement for teenagers who are coping with the coming out process.

Yesh Atid party, situated in the center of the political spectrum, was the big surprise of the last elections in Israel. It won 19 seats in the Knesset and became the second largest party. One of the party’s main agendas was to promote a more progressive set of policies on civil rights and human rights issues in Israel. As part of this agenda, the party committed to promoting full equality for LGBTs in each and every aspect of life.

Yair Lapid, Yesh Atid party leader, said that he would only agree to enter a non-(haredi) orthodox coalition. Because of that, this last government was one of the most progressive governments ever. Lapid became Israel’s Minister of Finance, and along with other party members began promoting legislation and ministerial action on LGBT issues from inside government. The Non-Discrimination Act was put on the floor of the Knesset and passed the initial vote. The Surrogacy Act for LGBTs which was introduced by minister of health, Yael German, passed a first vote out of three. The Civil Union Act which also includes same- sex couples was introduced, as well as a legislation prohibiting sexual orientation change efforts. In addition, the Law of Return which allows every Jewish person to immigrate to Israel with his/her partner was changed to include same –sex partners by the Minister of Interior. The list goes on. Unfortunately, Prime Minister Netanyahu decided to call for new elections before all legislations were passed.

Recently, as part of their 2015 elections campaign, the Jewish Home, a right wing ultra-conservative party, made a propaganda movie that became viral in Israel, in which each and every party candidate denied the right for marriage equality from same sex couples, saying such a thing should not exist in Israel. Since then, the gay equality issue has become quite central in the current elections campaign, drawing a clear line between those on the progressive side of the political map and those who aren’t. Having Zehorit Sorek on Yesh Atid’s party list as an out LGBT representative, who comes from inside orthodox society, is the best answer to such prejudice propaganda. Sorek will lead pro-LGBT legislation in the next Knesset, when elected, and will stand at the forefront of this important struggle.