The Civil Service Commission recently filed an indictment against the Civil Service Disciplinary Court and K., a veteran fire brigade commander from northern Israel. K. Is cited for sexual harassment of B., a young transgender woman. 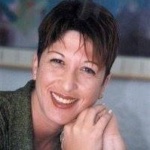 The incident took place about a year and a half ago, when B. worked as an operations sergeant in a fire station in the north of Israel, as part of the student’s work in the Fire and Rescue Authority. At first K’s attitude toward B. was cordial and pleasant, but two weeks later the attitude towards her changed from one end to the other.

When the commander discovered that B. had undergone sex reassignment surgery, his attitude towards her changed for the worse. One day he entered the room and in the presence of two other female workers he humiliated her: “Oh, I see that all the trannies are here.” And that was just the beginning. In another case, when B. went to the bathroom and asked someone to replace her at her desk, K. remarked loudly, “What’s wrong with her bladder? She should pee standing up. Did she or didn’t she cut it off?”

The indictment attributes to K. an offense of sexual harassment and very soon his trial will begin. Following B.’s complaint against K. at the time, it was ultimately decided just to put him on disciplinary trial. He was convicted of misconduct and sentenced to a ridiculous sentence: a fine of NIS 300 (around $75). K. claimed that his statements were made to B. because of an operational mishap that took place which was her fault.

Following a battle and with help from her lawyer, attorney Roni Aloni Sadovnik, it was decided to file an indictment against K. in the Disciplinary Court of the Civil Service Commission. For some reason they decided not to suspend K. from his job, even though he was charged with sexual harassment. “What kind of message is sent here when you keep an employee in his position? That sexual harassment is something that is permitted. That transgender women can be harassed. This is a scandal!” said attorney Aloni Sadovnik. “In every proper place of work he would have been long since fired.”

The commission said in response: “The actions attributed to the person in the indictment are not enough to justify the weighing of an administrative proceeding in his case.” It’s also worth mentioning that it was decided not to extend B’s contract at the workplace, and she stopped working there after three years. Coincidence?

At the same time, Attorney Aloni Sedovnik filed a claim with the Regional Labor Court in Nazareth against K., the National Commission and the National Fire Authority for NIS 3.4 million, claiming that B’s complaint was not properly handled by the Fire and Rescue Authority and that the ridiculous ‘punishment’ proved that. She further claimed that as a result of sexual harassments, K. found herself in a difficult mental state, went on medications, and all her inquiries to deal with the behavior of K. were eventually ignored. She was forced to stop working because she was sexually discriminated against.

K. filed a statement of defense in which he sought to reject outright the claim, on the grounds that it was not sexual harassment, that he never expressed itself as claimed against him and that it was a false plot. According to him, if he said the things attributed to him, it was a mouthful delivered in good faith, and certainly not sexual harassment. According to him, B. treated him with a patronizing and blunt attitude, and claimed that the firefighters at the station did not do their jobs well enough. The trial will open in the coming months.