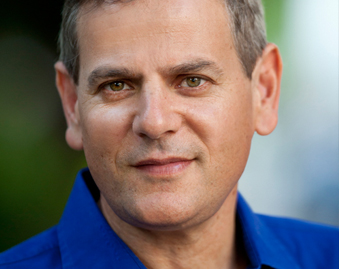 Not only is there no contradiction between democratic values and the fight against violence, but these values are the reason to fight.

From time to time we present the views of leading Israeli LGBT activists and writers on important issues facing the world. Here is one such piece. As with all of our VIEWS columns, AWB does not necessarily endorse the views presented, but we find them of interest to share with our readers.

Anyone seeking to trample France’s democratic values in the name of fighting terror is fulfilling the Islamic State’s preferred scenario. The overwhelming majority of French Muslims, who make up 10 percent of the country, are revolted by terror. The vast majority are French-born citizens who long to integrate, study and pursue a career.

A small extremist minority seeks the destruction of France and the ruin of Western culture. This minority manipulates poverty, racism and frustration in the suburbs of Paris, Marseille, Toulouse and Saint Étienne to recruit young people without hope. It sends them to Syria and Iraq and brings them back to Europe as trained terrorists in the service of religious and murderous fundamentalism.

Israelis are often arrogant when such incidents happen abroad – “they’re naïve, they don’t understand who they’re dealing with.” But the French understand very well. France has long faced brutal terror from the same Islamist source. Its security services, the strongest and best connected in Europe, have made this source a top target. The last thing you can say is that France is complacent about Islamist terror. It’s well aware of the power of this threat.

But the real threat is against France’s character and spirit. On one side are the terrorists seeking to drag it into a war with its Muslim citizens. On the other side are the dark forces of the fascist right that lie in ambush in the republic’s gray areas. They wait in the dark like Camus’ plague for states of emergency to deracinate the regime.

The French regime navigates between these poles, and its mission becomes ever more daunting. How do you uproot terror by French citizens without tearing out France’s civil heart? Hanging in the balance is the survival of French democracy. It’s not for nothing that the Islamic State attacked Paris, the capital of prostitution and vice, as it has declared.