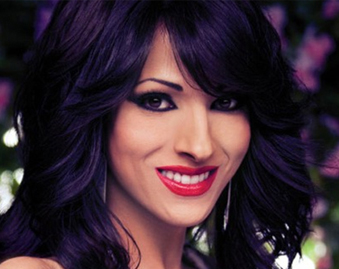 The organizers of EXODAYS, the Jewish portion of Amsterdam’s Gay Pride have announced that Dana International will join the Jewish boat as the guest of honor at the parade on August 3rd. 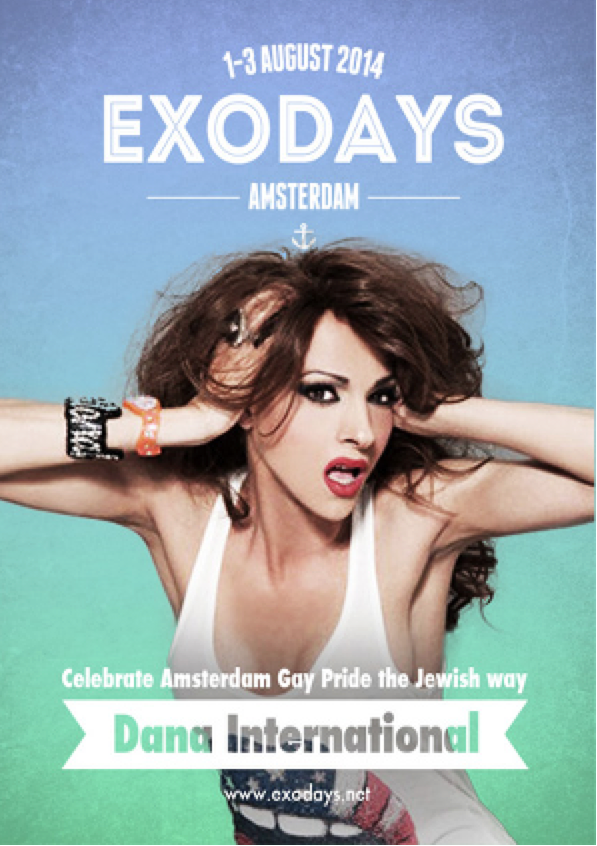 If you haven’t planned your trip to Amsterdam Gay Pride 2014 yet. them EXODAYS’ three day event (August 1-3) might just be what you’ve been waiting for… especially since Dana International – Israeli superstar and 1998 Eurovision winner – will be joining the celebrations as the guest of honor.

In their 3-day event, EXODAYS — the LGBT Jewish community of Amsterdam — offers a unique experience for LGBT Jews to come together, celebrate our history, heritage, future and to show the world the face of a new generation of LGBT Jews, who are out and proud, and who knows what we want.

Amsterdam, often called the Jerusalem of the North, has always been a safe haven for sexual and gender minorities — a place where LGBT people from all over the world can experience freedom and a sense of liberation. It’s for this reason that this beautiful floating city — once a medieval fishing village — with its magical canals and laidback atmosphere has been called the Gay Capital of the World for many years.

As much as Amsterdam has been an oasis for LGBT people over the years, it has also been a city where Jews took refuge to escape oppression. There can be no doubt that both the Jewish and LGBT communities have made a signifficant contribution to the rich history of Amsterdam.

Amsterdam Pride — world-renowned for its amazing energy with hundreds of thousands of participants and spectators from all over the globe — boasts the world’s only water-based Pride parade that is traditionally held on the city’s enchanting canals with approximately 80 extravagant boats floating down the waterways.

This year, for the first time, one of those boats will be carrying the Jewish LGBT community. Hosted by EXODAYS, Jewish LGBT guests (and their friends) are invited to get on board with Dana International and celebrate our sexual diversity and Jewishness, and to take part in what promises to be an unforgettable Gay Pride celebration.