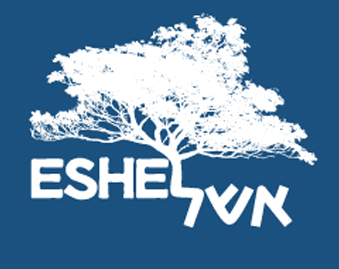 Eshel works to build understanding and support for lesbians, gays, bisexuals and transgender people in traditional Jewish communities.  Eshel takes its name from the אשׁל אברהם, Eshel Avraham, the tamarisk tree under which Avraham Avinu would welcome wayfarers who came from all directions seeking respite.
Official Website
Facebook Page

Eshel is a place of SHELTER for Orthodox, frum, and other traditional LGBT Jews seeking to maintain their Jewish observance and find meaningful religious community.  We also welcome all those who are formerly Orthodox, “Orthodox-curious,” or otherwise interested in maintaining a connection to traditional Judaism as gay, lesbian, bisexual, or transgender Jews. Eshel helps traditional communities to become more welcoming, to address the emotional and mental-health needs of their LGBT  members while maintaining their commitments to halacha. It also serves as a gathering place for traditional communities to share information, learn from one another, and keep families and communities together.

Eshel’s work is inspired by the recent statement of principles, now signed by over 200 Orthodox rabbis, calling for welcoming gays and lesbians as full members of Orthodox communities.  Our work is one response to this historic statement.