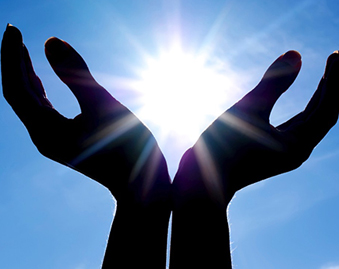 Reform Judaism is a pioneer among liberal denominations in adapting ancient texts to engage topics that are increasingly mainstream, from gay equality and interfaith families to doubt.

Is God a majestic king on a throne with unbounded power, or a “beloved friend and partner”? A “he” or a “Holy Presence who spreads Her wings over you”? Does God even exist?

There’s a range of options on each, two-page spread of the new version of American Judaism’s best-selling prayer book, which was just released by the Reform Movement – the faith group’s largest denomination.

The text, will be used during the fall High Holidays of Rosh Hashana and Yom Kippur, an intense liturgical period of reflection for many U.S. Jews. The book was overhauled this month for the first time in 40 years.

The new book includes gender-neutral blessings for transgendered people, changing “bride and groom” to “couples” in an effort to be LGBT-friendly and weaving Pablo Neruda, Langston Hughes and Henry David Thoreau with the Old Testament.

New passages also leave more room for doubt and questioning. Page 181 reads: “I speak these words but I don’t believe them.” Opposite, on page 180, a more traditional prayer appeal sounds more certain, referencing a creator God who is “slow to anger, quick to forgive.”