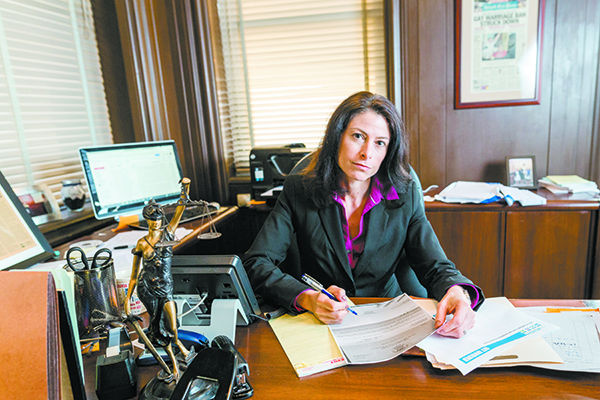 The mother of a teenage girl beat and kicked her daughter while shouting anti-gay slurs after finding a love letter she had exchanged with another girl.

A man pulled a gun on a 23-year-old Detroit man while yelling homophobic insults and recorded the incident with his cell phone camera, which he later posted on his Twitter feed.

A 19-year-old man was shot twice while trying to escape from a meeting with an online predator, who shouted anti-gay invectives as he fired his gun at the fleeing victim.

These are but a few of the vicious crimes committed against people in the local LGBTQ (lesbian, gay, bisexual, transgender, queer) community, a violent trend reflected across the country.

According to FBI statistics gathered in 2015, nearly a fifth of the 5,462 reported “single-bias hate crimes” were attributed to the sexual orientation of the target. The same study showed LGBTQ people are twice as likely as African-Americans to be victimized, and that hate crimes against this population have surpassed those committed against Jews.

When attorney and civil rights advocate Dana Nessel, 47, learned about the growing number of violent crimes committed against members of the LGBTQ community, she decided to turn her outrage into action.