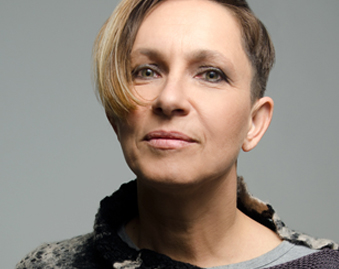 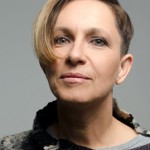 Ellyott  is a DJ and the founder and leader of the band “Pollyanna Frank”. She wrote and performed songs relating to critical issues of sex, gender, chauvinism and feminism and criticized nationalism and militarism. Born as Sharon Ben Ezer, she adopted the name “Ellyott” in the late eighties, after it became her nickname because her friends thought she resembled dragon Elliot, from the 1977 animation movie  “Pete’s Dragon.” Ellyott is the great-granddaughter of Leah and Yehuda Raab.

During her army service, Ben Ezer served on army radio station Galey Zahal, but was kicked out of the station in 1985 on the grounds of immorality. After performing for a while with her brother’s band (ironically called ‘Step Brother’) as a drummer, she formed a musical duo with her friend Liora Mughrabi, for one night only. They called themselves “Pollyanna Frank”, combining a literary figure called Pollyanna with Anne Frank, and sang only two songs: “Gibor Tzva Hahagana” (‘Hero Defense Forces’) and “Baletet” (‘In Darkness’). Tel Aviv’s newspaper Ha’ir announced after this debut that they were “the hope for Israel’s future rock.” The two then moved on to Amsterdam.

After a year in the Netherlands, Ellyott in 1989 returned to Israel for a vacation and recorded eight songs with members of “Step-Brother” in Hebrew and English, in her brother’s home studio. The album, which was released by the small label ‘The Third Ear’, included the songs “Alarm Song”, “Baletet”, “Marble Woman” and “Hero Defense Forces”, that was censored by the Israeli radio stations, but nevertheless turned into a rebellious anthem, especially for teenagers. The album, which was called “Lives and Dies in the Closet,” was an exception to that period, as well as Ellyot’s conduct. She was the first Israeli singer who spoke publicly and confidently about sexual orientation and being a lesbian.

From 1989 to 2002 Ellyot lived in London, where she took part in the rock groups “Sister George” and “Nightnurse”, released two albums and four singles, and appeared on the cover of the music magazine NME, and performed hundreds of concerts throughout Europe, including at the legendary Reading Festival.

In 1999, she started collaborating with film composer Chaim Frank Ifelman who lives in London, and recorded a song with Marianne Faithfull. The two continued to work together and produced a special performance for The Next Festival in  Tel Aviv, which included electronic versions of “Pollyanna Frank” songs and four new songs. The performance was received enthusiastically, and was released as an album in 2000, titled “After Zionism on the Beach.”

Ellyott returned to Israel in 2002 and became the most successful female DJ in the country. Her first daughter, Lucy, was born in 2004, and she currently lives with her life partner, famous chef Ayelet Shematovich.