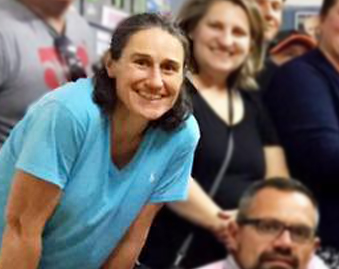 Mary DeBacker decided to join A Wider Bridge’s Mission to Israel in order to educate herself more about the country, following last year’s incident during the A Wider Bridge event at Creating Change conference. Here’s her reflection on the trip. 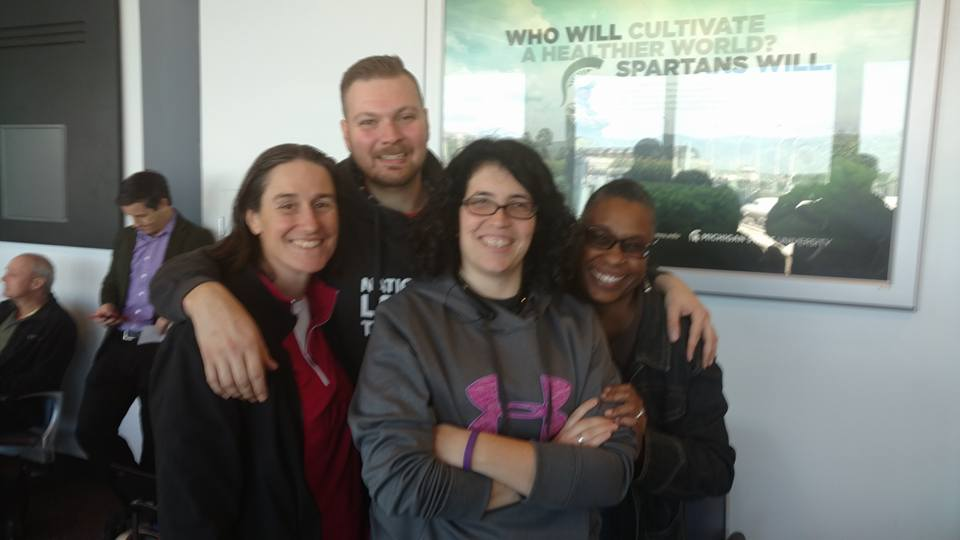 When I was ten, my family moved to a Detroit neighborhood that had a mix of Jewish and Catholic families. Our home had a mezuzah at the door when we moved in. This was my introduction into Jewish tradition, and I had more experiences as I grew up. I’ve always respected the Jewish faith, believed in the right of Jews to have a homeland,and followed the news about Middle East tensions. But as life went on, I grew tired of the back and forth hostility between Israel and its neighbors. Since it didn’t appear that either side was interested in getting to peace, I paid less attention to the issue.

With the 2016 Creating Change conference horde that hijacked A Wider Bridge’s session, the issue of the Israeli/Palestinian conflict became front and center for me again. When I learned about the protest, I was disappointed with the lack of knowledge about what A Wider Bridge represents, which was a result of not talking and learning about A Wider Bridge’s mission. I believe in speaking up, but protest works best when you’re challenging an actual opponent, and not just a headline. However, I wanted to understand the reasons for the objections, so I was interested when the opportunity to travel to Israel for cross cultural discussion was offered.

We left for Israel, in shock about our election, on November 9. My first impression of Israel when we exited Ben Gurion Airport was of palm trees and sunshine. Then I spotted the IDF soldiers with automatic rifles casually slung over their shoulders. The sight of the IDF made me pause, and made me cognizant of Israeli’s concern for security. Throughout our trip I’d occasionally see the IDF in the streets, we saw them at the checkpoint into the West Bank, and we sometimes had a security team as we traveled. Yet at no point during the trip did I feel endangered; I just became sensitized to the fact that Israelis live with the constant potential for bloodshed.

The trip started in Jerusalem, with several discussions about current Jewish thought about the state of Israel and the conflict. We went to the West Bank, where we met with several groups working on Palestinian issues. We toured Yad Vashem, the national Holocaust museum, a heartbreaking, yet educational and inspiring experience, which reinforced my understanding of the desire and need for a Jewish homeland, and that the world must never let such an atrocity happen again. We also met with members of the Knesset (Israel’s national government), which helped me to understand current political conditions.

After Jerusalem, we traveled north to the upper Galilee, then made our way to Tel Aviv. Throughout the trip, we met with many LGBT groups and other organizations focused on a variety of social issues. In Tel Aviv, we toured the Yitzhak Rabin center, which again made my soul cry, as his assignation in 1995 altered the nascent peace discussion profoundly. On our last evening, we met with a gay Tel-Aviv councilman who reaffirmed our hope that some government representatives are interested in working toward an equitable solution to the conflict.

In reflecting on what I learned on this trip, I still believe in the two-state solution. I believe that Israel’s continued development of settlements in the West Bank is illegal, and will continue. I also strongly believe in Israel’s right to exist, and that the goal of the elimination of Israel as a nation is wrong. I understand that the process to develop a two state solution is complicated, with questions about borders and security being critical to a resolution, and that there’s plenty of blame to go around. With the current political administrations in Israel and the US, it feels like the path to peace is narrowing and coming to a dead end.

Even with the gloomy outlook, I am hopeful and re-engaged. Just because something is complicated doesn’t mean it can’t be solved. There are many organizations in Israel and in the US that are committed to solving this complicated issue. If we want peace to come to the Middle East, we must take action, such as educating ourselves and supporting those working for peace by respectfully speaking up.