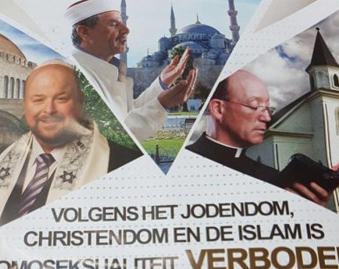 Dutch police are considering whether to indict for incitement to hatred three men who passed out fliers in Amsterdam condemning homosexuality, citing it “being forbidden by Judaism, Christianity and Islam.” 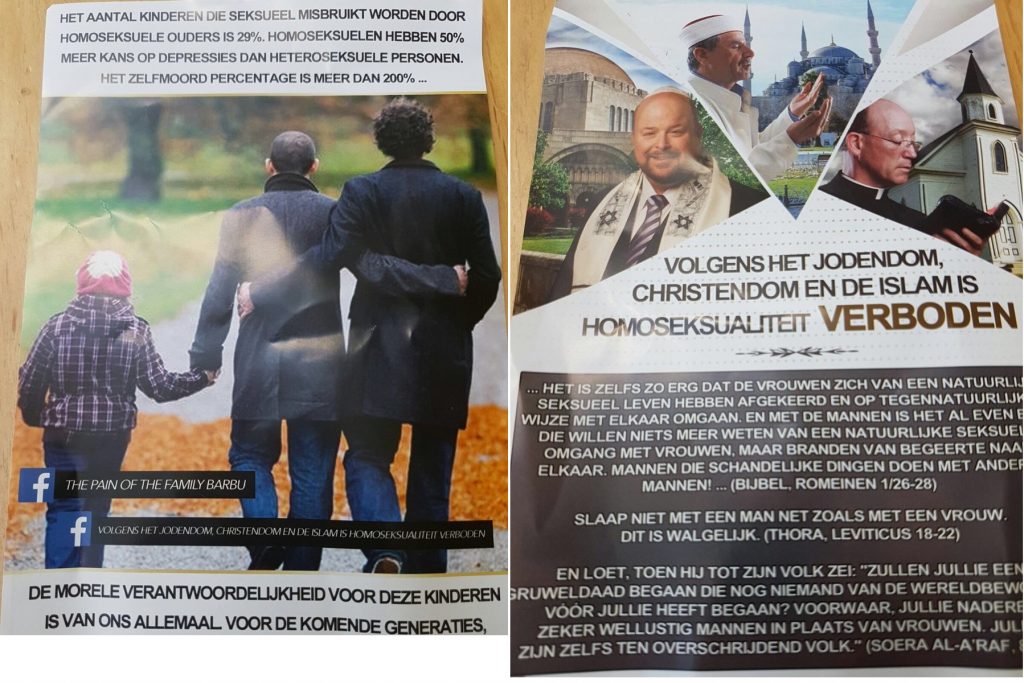 The men, aged 29 to 39, surrendered themselves to police after officers questioned a man whose car the suspects said they borrowed to distribute the fliers, the NOS broadcaster reported last week. The officers reached the car owner after reviewing footage from security cameras of cars parked in the area near the time that the fliers began showing up in mailboxes.

NOS said police did not release any details about the suspects, except that they do not appear to belong to any radical Muslim groups. The men said during investigation that they wanted to “start a discussion” on homosexuality.

The Central Jewish Board of the Netherlands, the umbrella group of the country’s Jewish organizations, said in a statement several days after the discovery of the fliers that it disagrees with their anti-gay message and regrets the citing of Judaism by the people responsible for distributing them.