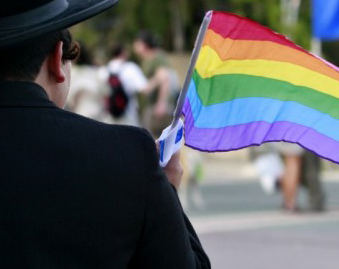 Dozens of former yeshiva students publicly came out of the closet Thursday in an open letter to a right-wing Israeli rabbi, in a rare move from members of a community that still places a taboo on homosexuality.

Some 40 graduates of Orthodox yeshivas across Israel and the West Bank say their public declaration came in response to recent remarks made by Rabbi Elyakim Levanon who called homosexuality “a perversion and sin.”

“For us, the rabbis comments were the trigger,” Daniel Yonas, a religious LGBT activist and initiator of the open letter told the NRG website, which first published the news.

“This is not the first time we’ve heard comments like this, but enough is enough.” he said. “The best way to combat homophobia is to show people that you exist.”