Two-thirds of Israelis who use foreign surrogates are women, so why is the vitriol focused on gay fathers? 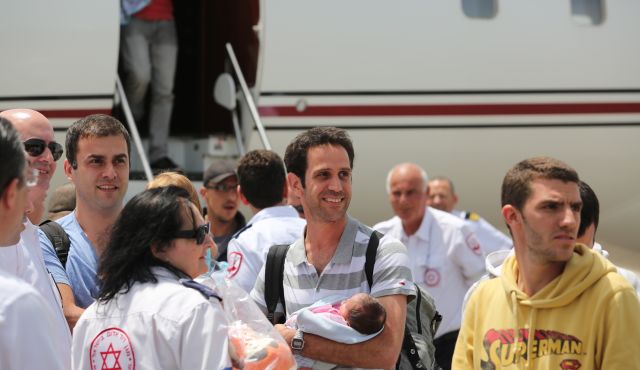 The U.S. gay community scored a major victory last week with the Supreme Court decision allowing same-sex marriage in all 50 states. Such a move is unlikely here in Israel, partly due to the fact that the community has placed a greater emphasis on parenting, and less on lobbying for marriage rights. This makes sense in a country that practically makes child-rearing a citizenship requirement.

Though gay men are putting much of their time, money and emotion into fulfilling this duty, they are hardly being praised for it. Following the earthquakes in Nepal, and the subsequent rescue of Israeli babies born to local surrogate mothers, critics from various sectors of Israeli society unleashed especially vitriolic criticism of gay men who engage in fertility commerce. Statements by media figures such as Irit Linor and Keren Noibach, leaders of the LGBT community such as former Jerusalem Open House director Elinor Sidi and politicians such as Moshe Feglin and Merav Michaeli, left the public with the impression that gay men are the primary consumers of reproductive services that exploit (mostly third-world) women.

For most Israelis unable to gestate a child on their own, surrogacy, often coupled with sperm and egg donation, are the best — if not only — way to become parents. As a gay parent of twins born though this process, I am open to critical discussion about surrogacy but unwilling to disproportionally shoulder the blame for a national fertility program that is deeply flawed and unbalanced, and an international trade that is ethically questionable, especially when I represent a minority of those who use these services.

Israel’s desire to increase its Jewish population at any cost has created a tangle of legal and medical practices that are contradictory and often counterproductive. We spend more on IVF than any other country, yet rates of success are relatively low. Our adoption policies are antiquated; racially and religiously biased in such a way as to be practically ineffective. Co-parenting arrangements – where unmarried individuals create a child – are based on contracts that are essentially unenforceable, leaving the father vulnerable to the loss of custody rights. Surrogacy has been legal here for almost two decades, but is so limited – to a few heterosexual married couples – that most potential parents are forced to seek services outside our borders. There, in the hands of the private sector, both the providers (mostly poor women) and the purchasers of surrogacy services are exploited, with little real support from government at home or abroad.