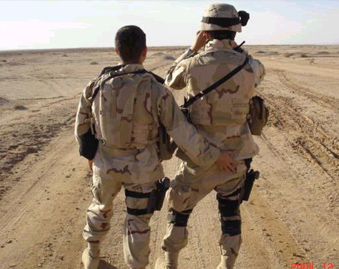 It was supposed to be one of those wedge issues in an election year that was expected to draw sharp lines between the right and left, but very early on it fizzled. A year after “Don’t Ask, Don’t Tell” was repealed the one-time hot button gays-in-the-military issue is a non-issue in the 2012 campaigns for Congress and the presidency. Former outspoken opponents of the change say they have no plans to push for reinstatement of the policy that barred openly gay people from serving in the military unless requested by military commanders, and commanders, and the brass is telling them repeal has been very successful.

But that doesn’t mean homophobia is dead. The Republican majority pushed through the House this year a ban on same-sex marriage ceremonies at military installations, and there remains opposition to extending military benefits to same-sex spouses, reports TheHill.com.

Read the full view on The New York Jewish Week