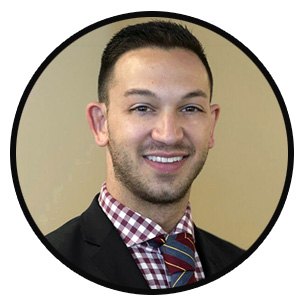 Daniel R. Reinglass, Senior Director of Development, comes to A Wider Bridge having most recently served as the Senior Manager of Membership Programs at the country’s largest not-for-profit theatre, Roundabout Theatre Company, in New York. Prior to Roundabout, Daniel grew-up, lived and worked in Chicago, supporting the work of two of the city’s most established theatre companies, Victory Gardens Theater and Writers Theatre, in both administrative and fundraising capacities. Notably, Daniel was a part of the team that raised $34 million for Writers Theatre’s first permanent home, and stewarded the company’s annual fundraising efforts. Immediately prior to his move to New York, Daniel, a third generation Holocaust survivor, was a Major Gifts Officer in the Midwest Office of the United States Holocaust Memorial Museum, developing programs for and raising funds with the organization’s LGBTQ interest group.

Daniel is a proud graduate of Indiana University-Bloomington, holding a Bachelor of Arts in Theatre & Drama, an Area Certificate in Arts Administration, and a minor in Spanish. There, Daniel began his organized efforts in LGBTQ, Jewish and Israel advocacy as the Co-President of Keshet, the LGBTQ group within Hillel. He is honored and excited to continue this important work with A Wider Bridge to advance LGBTQ and Israeli equality.