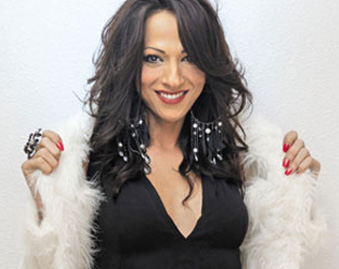 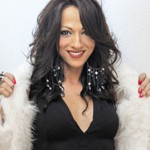 Sinead O’Connor said about her: she inspires me and gives me courage. Jean Paul Gaultier called her his muse and in 1998, she was on Time magazine’s Most Influential People in the World list. Dana International’s story is not only the story of a successful singer; it is a rare and inspiring story about courage and the victory of the human spirit.

Dana was born in Israel and grew up in Tel Aviv as a boy named Yaron Cohen. He was a gifted child and an excellent student who sang in the school choirs. In adolescence, he started to feel that something was different about him. That he wasn’t like everyone else. He started to discover the Tel Aviv nightlife, and there, in the dark nightclubs that allow everyone to be who they really are, the transformation started; a transformation that began with recognition, an understanding, and ended three years later when the shy teenage boy became a beautiful girl, Dana.

At the age of 20, after meeting DJ Offer Nissim at a paty, Dana started to perform in Tel Aviv nightclubs and was very popular amongst the crowd, doing mostly female divas impressions. A year later, she released a song from her club performances,” Saida Sultana” to the radio stations, a take-off on Whitney Houston’s song ‘My Name is Not Suzan’ (Dana sang ‘My Name is Not Saida’). The success of the song led to the recording of a full original dance album, which was called Dana International, based on one of the songs there that later became another club hit for her and made the word ‘International’ stick to her as her last name. In 1994, Dana released her second album,’Upatampa.’ This time around, Offer Nissim, who produced the album, got songs from the top-of-the-line lyricists and musicians in Israel, such as Svika Pick, Korin Alal and Yoav Ginai. The album sold platinum and Dana was chosen as Israel’s female singer of the year.

In 1995 she tried to fulfill an old childhood dream representing Israel at the Eurovision Song Contest. Taking the stage at the Israeli Pre-Eurovision Contest with the song Layla Tov Europa (‘Good Night Europe’) she ended up in second place and didn’t get to do it. She tells that that night, when she didn’t win, was one of the saddest in her life: “I cried all night and I felt terrible. If only an angel would have visited me and whispered in my ear that two years from now I’m going to win the real thing, it could have spared me so many tears”. Two years later, her third album,” Maganuna”(which means ‘Crazy’ in Arabic) was released, and Dana set her status as one of the successful singers in Israel. In 1998, she was chosen to represent Israel in the Eurovision Song Contest with the song “Diva”, written by Yoav Ginai and Svika Pick. Winning first place for Israel and bringing the prestigious contest to Jerusalem the following year, Dana fulfilled her name (and destiny) and turned into an international star.

Dana’s victory made a strong impression on the world, and she became a cultural icon. In Israel, on the night of the victory, thousands of people celebrated in the streets, and Dana completed the Cultural Revolution she started with her first album; a symbol of liberalism and human rights. In the following years, Dana released two international albums including a famous cover version of Barbra Streisand’s ‘Woman in Love’ that scored another major European hit for her. Dana went on a tour around the globe, left Israel and lived on the road, singing and performing all around the world, and famously received an offer to join the Spice Girls after the departure of Geri Halliwell at the end of 1999. In 2003 she returned to Israel and released a new album in Hebrew.

In 2005, she released the album HaHalom HaEfshari (‘The Possible Dream’) and in 2008, the album HaKol LeTova (‘Everything is for the Best’) with the hits” Love Boy” and “Seret Hodi “, which became the greatest hits of that year in Israel. She also wrote the song that represented Israel in the Eurovision of that year, Keilu Kan, performed by Boaz Mauda, which ended up at #9 in the European contest, and she became a judge on the Israeli Idol TV show (‘Kochav Nolad’). In 2011, Dana tried to bring the Eurovision Song Contest once again to Israel with the song ‘Ding Dong,’ which she wrote herself, but this time with no luck. Yet, she’s still seen in Europe as one of the most famous Eurovision personalities, and her win in 1998 is described as ‘iconic and historic.’ Dana’s Cinderella story of success proves to everyone that our lives are not a predetermined fate. Our lives are in our hands and if we stick with our truth, without being afraid and with inner faith, any dream can come true.