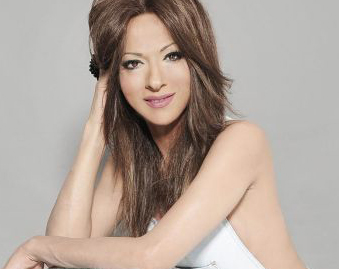 Promoting her new TV show, Dana International was interviewed by Ha’aretz and opened up about love (“it’s a wonderful thing – when you have time for it”), her old role model Madonna (“she sold her soul to the devil”), international success (“I was miserable abroad, I missed Israel”) and even having kids (‘I almost feel sorry for children who would have to be raised by me’).

Interviewing Dana International is like walking barefoot on a floor littered with shards of broken glass. It probably feels that way because her branding as a diva was very successful, and becasue her poker face and the distance expressed by her body language when she walks into the apartment of her manager, Shay Kerem, convey that she does not open up easily and would rather be elsewhere.

At 45, Dana has reached a dangerous age for divas, but it is also an age that offers new potential. She’s been in the spotlight ever since winning the Eurovision Song Contest in 1998, prompting headlines worldwide for her childhood as a boy (she underwent sex reassignment surgery in 1993).

Deeper into the interview she reveals that she avoids smiling unnecessarily because it causes wrinkles. I get that she is actually a sweet woman, honest and very funny but cautious. She is probably also a bit concerned over the question of how she will maintain her status in the ever-changing world of pop music.

The changing new reality brought her to the realization that it was time to step off the fast track and devote her attention to her new reality show, “Yeshnan Banot” (“There Are Girls”) named after her rendition of a popular Israeli song. As the show’s super-mentor, she selects four women who will end up in a pop band she will be representing. The program, produced by Endemol Israel, will be shown three times a week on Channel 24 starting this week. Leon Rosenberg and male model Michael Lewis of torn underwear fame will host the show together with Dana. The judges will include legendary singer Yardena Arazi, director Tzedi Tzarfati, and Kerem, Dana’s manager. One of the show’s goals, according to Dana, is to help the genre of Israeli pop regain the respect it lost.

Why do you think pop music is neglected in Israel?

“For the same reason that women are neglected in Israel. Because we are in the Middle East. It is the climate, the culture, the fact that women here are not dressed nicely. We are not part of Europe. We are in a country that sanctifies sadness and mourning and bereavement to a terrible degree. Pop music was always in the background and it was very successful, but it never got its niche.”

Dana says that getting Yardena Arazi on board as a judge was a vital step. “Yardena is the queen mother of pop music,” Dana says. “Yardena and I are as different as heaven and earth. She performed during the time known as ‘the beautiful and modest Land of Israel.’ My time was a generation of breaking through the barriers. Now we have reached a generation of strong capitalism. Everybody wants to be a singer.”