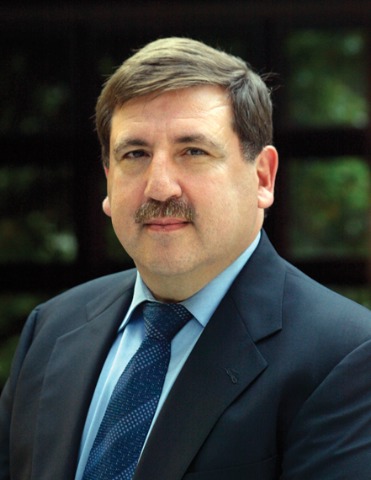 The psychiatrist and psycho-analyst Jack Drescher, a prominent speaker against sexual orientation change treatments, who recently visited Israel  in order to speak at a conference organized by Hoshen (the education and information center of LGBT) and co-sponsored by A Wider Bridge, wasn’t surprised by the ex-Gay stories that have been published recently.

“It’s still interesting to read about it in the papers,” says Drescher (in the photo above), who has researched the subject for over two decades, “and since the homosexual movement continues to strike new ground and gain popularity, the anti-gay movement continues to invest money in it.” Due to the fact that the academic talk about  sexual orientation change treatments has been shoved to the edge and now receives an abrogate reaction, the treatments’ supporters have now moved their fight to the media, trying to gain mass audience support. On the other hand, gays themselves are still fighting in the matter of politics and religion, they are still considered as a curious and exotic subject to write about, so the media takes the bait and publishes emotional stories of “ex-gays” with random frequency.

The latest law changes in the US and the pleas against them (that were submitted by religious organizations) have been an actual catalyst, of course. But that coverage also has resulted in creating a twisted picture, says Drescher. Again, the two sides are presented one against the other, as if they are reasonable as far as their legitimization.

Over the past few years the religious population in Israel also started to publically cope with the existence of gays and lesbians among them, and with the appropriate ways to deal with it. Two organizations are famously known for dealing with conversion therapy in Israel: “HOD” (stands for ‘Homoim Datiyim”- religious gays), is an organization founded five years ago by Rabbi Ron Yosef, 38 and gay himself, in order to fight “Atzat Nefesh” (‘Soul Advice’), an organization established in 2001, which presents itself online as the center for assistance and training for sexuality, identity and addiction. ” The place of ex-gay women is missing from the Israeli debate on the subject, and according to “Bat Kol”, a religious lesbians organization, only a few have experienced such treatment.

“Until five years ago,” says Rabbi Joseph, “It was obvious to a conservative gay that his sexual orientation was a problem, and possible solutions have been the the conversion treatment or leaving the religion. Rabbis and Yeshiva heads forwarded men to ‘Atzat Nefesh’, and the message was that change is possible, if only you put in the effort. They made a psychological, religious, and social salad to argue that one can change. I turned to rabbis, who refused to take responsibility, “says Joseph, and when he was fed up with the ignorance, he turned to the famous Israeli TV investigation program “Uvda “, which three years ago aired some research on the subject,  and the veil of secrecy covering the activities of the organization.

Joseph says that hundreds of conservative  gays  who had undergone conversion treatments, approached him in recent years.  He collected and processed the data, but even so, it was impossible to understand the phenomenon as a whole, beyond the specific context. Of the 291 applicants, reports Joseph, 94 “got married because they thought it would pass.” Of them, 58 divorced or are going through a divorce right now. Thirty declared treatment success, 261 said it failed. When asked how they would describe their sexual orientation after treatment, 248 have declared no change, 24 said they were now more attracted to women, 19 reported a loss of sex drive altogether.

Most applicants have invested 5000-10000 Israeli shekels in the treatment, after which some of them reported that they  suffered from a long depression, self-hatred, loss of sexual libido and had trust issues. Only 55 of them turned to a qualified psychologist after the treatments.

Eighty-two per cent of the applicants identified  themselves with religious Zionism, the remaining split between the factions and different definitions of the Haredi sector. Twenty-five per cent of the applicants describe themselves as “still religious,” 18% “religious light”, and the majority, 57%, turned secular. But not only religious people are struggling with their sexual orientation. “Even among secular Jews,” says Joseph, “the Jewish spirit from home, the parents and grandparents are sitting in the back of your head.”

Earlier this year a committee set up by the Israel Psychological Association published a viewpoint document on conversion therapy, which adopted a similar approach to that of the American equivalent. “Professional basis and empirical evidence for the success of conversion therapy is rather weak,” it said. And followed: “The essence of psychological treatment is to help the patient find his identity,  make his choices while being self-conscious of his own needs, desires and anxieties in an accepting place. Conversion therapy creates a ‘structured schedule’, therefore it may not be following the nature of therapy … If (a therapist) cannot be non-judgmental towards a patient… he has to withdraw himself from treating that patient. ”

The head of the Israeli Committee was clinical psychologist Dr. Gabriel Weil, 65, of Kfar Maimon near Gaza. The interest in the matter did not arise by accident, he says, “There were some organizations,  and ‘Hod’ among them, that insisted on taking a stand, partly due to “a psychologist who spoke in the media about homosexuality in the religious world in a judgmental and stigmatic way. ”

In a conversation with him this week,  Weil, an expert in ethics and a religious Jew, provided a peek behind the scenes of the work of the committee, which met for the first time last February, and met six more times  until it published its recommendations. “We’ve invited former patients, under a veil of secrecy, of course, but we are not sure of the reliability of the statements. ‘Hod’ sent  people who claimed they were victims, that treatments caused them false hopes, suicidal thoughts and a waste of money. Also ‘Atzat Nefesh’sent former patients who claimed to have a cohesive homosexual identity and  thanks to the conversion therapies managed to changed it, and presented themselves straight, happily married, with wives and family. ”

Were you convinced by it?

“I listened, but I don’t have a way to know for sure. I have never seen someone with a cohesive homosexual identity change, but the world is full of surprises.”

This post is a part of the article ‘Why Do People Still Talking About Conversion Therarpy’ [Haaretz, 11/27/2012]