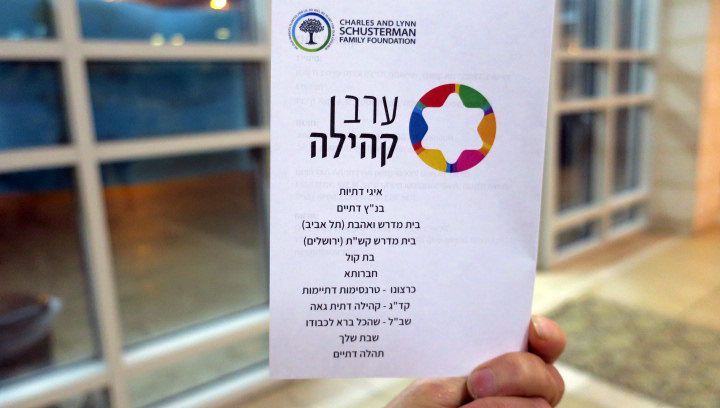 Building upon the theme of this year’s Jerusalem Gay Pride which focused on the coexistence of religion and LGBT, members of Israel’s LGBTQ religious communities held an “Erev K’helah” conference on Sunday, October 8 to discuss LGBTQ relationships, marriage and family within the orthodox community. 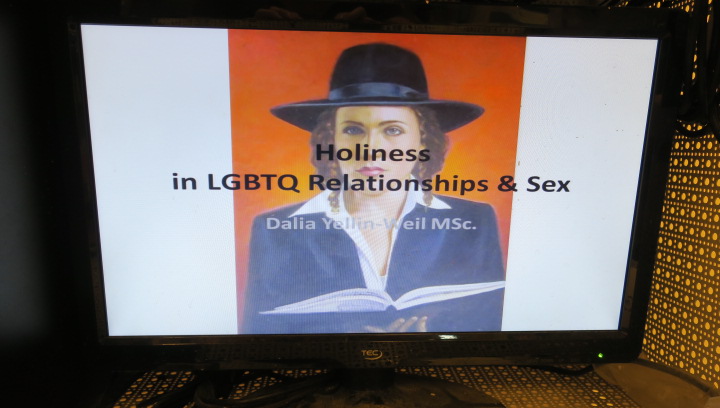 The conference, sponsored by the Schusterman Foundation, was well attended with people from a variety of religious backgrounds from secular to Haredi. Additionally, a range of Israel’s religious organizations were involved, from the well-established Havruta and Bat Kol to the newer “Kirtzono” religious transgender group and “Shabbat Shelach.” Other groups included V’ahavata (Tel Aviv), Keshet (Jerusalem), IGY (youth), the Jerusalem Open House and Tehila. The conference was organized by two activists, Ariela and Nadav.

“Erev K’helah” opened with lectures from professionals who are researching the fields they lectured on. Dovrat Ofek spoke about dating, Dr. Geva Shenkman-Lachberg lectured on LGBT parenting, and Dafna Greiner, Director of Counseling and Therapy Unit at the Gay Center in Tel Aviv spoke about LGBTQ relationships. Additionally, therapist Dalia Yellin-Weil presented a lecture in English on holiness in LGBTQ relationships. The night concluded with a LGBTQ panel addressing how to talk about issues of LGBTQ and religion with children, and dealing with questions that may arise.

A recurring workshop theme was that members of Israel’s orthodox LGBTQ community often felt like they do not fit anywhere –neither in the secular LGBTQ world nor in the heterosexual orthodox sphere. Many felt like they are being asked to choose between both worlds. In one panel, it was suggested that one might look at their position as a bridge – they have the key to understanding both worlds. This is a strength and not a burden. People also expressed relief at the opportunity to discuss being LGBTQ and orthodox in a supportive environment.

After Dalia Yellin-Weil’s presentation, a small discussion circle was formed led by both Dalia Yellin-Weil and her wife Sarah Weil. Building on the tradition of The Meeting Place, people from different places in the religiosity spectrum dialogued on being LGBTQ and observant. There were a plethora of differing viewpoints, but the binding agent was a mutual respect for all experiences.

This conference was a valuable chance for Israel’s LGBTQ religious community to come together and work on addressing relationship issues in a positive, safe space. It continued the trend of  Israel’s religious LGBTQ organizations working together to create inclusive events. The sold-out Shabbat Pride dinner was another example of this type of collaborative initiative. The organizers look forward to the momentum generated from this conference as the issues continue to be discussed.