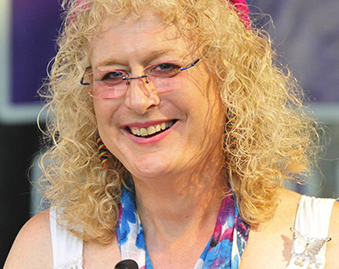 In a column on LGBT Weekly, Autumn Sandeen tries to beat prejudice against transgenders, by explaining that trans people can be and often are people of faith 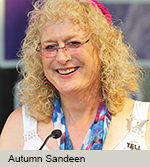 When trans people are imagined in the minds of many folk who’ve never actually met a trans person, we often are imagined as one or two-dimensional male creatures dressed as females that are interested in sex and trans related surgeries. Thoughts of trans people having parents, children, jobs and hobbies seem lost to caricature.

Well, trans people can and often are people of faith. Some are even leaders in their faith communities.

Naomi Zeveloff is the deputy culture editor at the Jewish Daily Forward. Zeveloff had written about gay and lesbian inclusion into the non-orthodox rabbinate for the Forward, and after spending a year reporting on lesbian and gay inclusion, she began wondering about trans inclusion in those same communities. The e-book Transgender and Jewish is the product of that wondering.

What first she found in her basic research was that most of what had been written about being transgender and Jewish had been written mostly for other trans people – written by and to the T-subcommunity of the LGBT community. The essays in this book are intended to speak to a broader audience of people – those outside of an LGBT echo chamber. Transgender and Jewish explores the questions, thoughts, and experiences of non-Orthodox transgender members of the rabbinate.

“Like its transgender members, the Jewish world is always in transition, always becoming, always outgrowing and regrowing rituals (even the ultra-Orthodox aren’t offering animal sacrifices), customs and institutions,” wrote Dr. Joy Ladin, a professor of English at Yeshiva University in the book’s forward. “And though most Jewish communities and institutions are just beginning to recognize the existence of transgender members, as Tevye finds as he tries to fathom his daughters’ marital decisions in Fiddler on the Roof, all Jewish communities and institutions, including the most traditional, struggle with shifting definitions of gender roles and expressions. From this perspective, the birth of a future in which transgender Jews are fully included does not break from Jewish tradition and history but rather grows out of it.”