“When my mother disowned me in 2015 it was not due to my coming out, rather it was due to my public support of Israel,” explains John Calvin, a relative of a Hamas founder, whose story went public two years ago after he faced deportation from Canada. 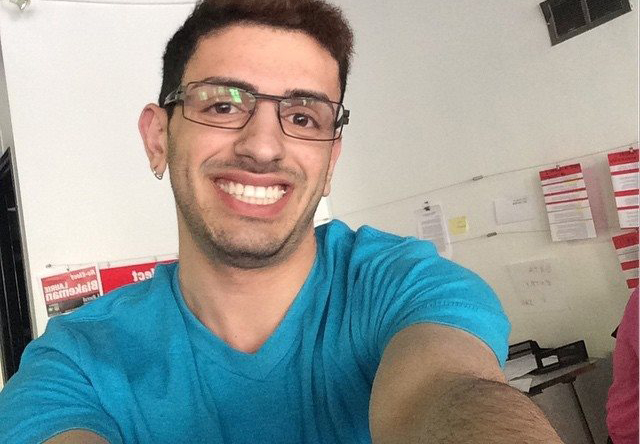 Recently, John Calvin, who changed his name and converted to Christianity, reconnected with his mom.

“Reconnecting with my mother was somewhat exciting and even a little odd,” he says in an interview with A Wider Bridge. “To lose contact with one’s own parent by choice makes it that much harder to reconnect, yet neither a parent nor a child can ever fully recover from such a loss and move on while knowing the other is a phone call away.

“At this point in our lives, I think we’re both looking for any commonality and trying to revive our mother-son relationship.”

Calvin will speak out this Sunday in New York about his life experience and why he supports the State of Israel as a Palestinian Arab Christian.

Calvin rejected Hamas’s extremist ideology and converted to Christianity at 18. He fled to Israel and was jailed, and insists that ‘Israel saved him.’ Then he moved to Canada – where he sought asylum, fearing for his life.

“My mother and I have reached a level of acceptance of my sexuality since 2012-2013ish, yet it’s not a ‘full acceptance’, not just of my sexuality but of the full package that is me, whether it’s religious beliefs or political opinions,” he said.

Coming from a culture where he had to fear for his life because of his sexuality, Calvin follows closely on what’s currently happening in Chechnya. “I’m outraged to see the injustice befalling a minority, one which I could’ve been a part of quite easily,” he says.

‘Coming Out Thrice’, The John Calvin Story at JCC Manhattan, Sunday May 7 at 7:30 pm.