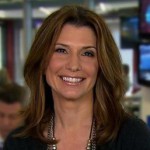 CNN’s Carol Costello picked up on the issue of religious right groups trying to kill anti-bullying programs in schools because, they say, anti-bullying programs are secret programs to recruit kids into “the gay lifestyle.” Carol did an incredible job shutting down the spokesman for the hate group (The AFA representative, Mr. Fischer) during her show.

But as you can imagine, the AFA, as it often does, threw a hissy fit. And again, on Monday’s broadcast, Costello gave him what he deserves.

AFA’s BRYAN FISCHER: Homosexual behavior, it is immoral, it is unnatural, and it is unhealthy. That is a simple, straight-forward statement of fact. But for the gay Gestapo, they’re gonna call that an insult…. Now, Carol Costello, she showed you what this looks like. I mean Carol Costello, when I was on with her on CNN, she showed you what the gay Gestapo looks like in action, cuz she cut my water off just as soon as I started to talk about the health risks of homosexual behavior.

CNN’S CAROL COSTELLO: Well, Mr. Fischer, if that’s the definition of the “gay Gestapo,” then I am a proud, card-carrying member.