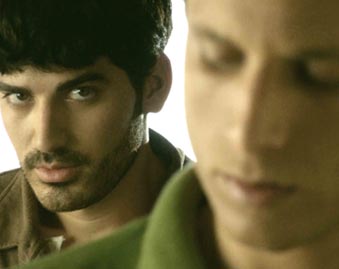 While A Wider Bridge is planning screenings of his first movie this fall, Chaim Elbaum is awakening the Orthodox rage against him with a new movie about a Hasidic woman who’s married to a gay man. 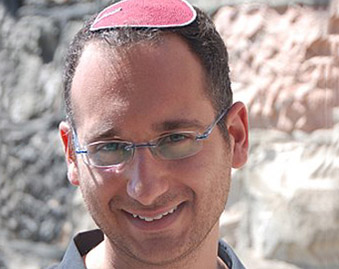 Chaim Elbaum’s controvesial short ‘And Thou Shalt Love’ (2008) forced a difficult issue into Hassidic daily life – about how tough it is for a religious gay man to deal with his surroundings. Earlier this summer, his new script of for a feature film won the Jerusalem Festival’s $25K grant. In the new movie Elbaum stays in familiar territory ( his private life), as he identifies as a Hassidic and a gay. But now a female angle is the center of attention. “I chose to express the voice of the women who are being sacrificed on the altar of perfection.”

Since the release of ‘And Thou Shalt Love,’ a lot of things have changed in the life of Chaim Elbaum. He has officially come out of the closet, moved to Tel Aviv to study and work, and yes- also to look for love. “Since I made the movie a lot of people who need to talk to someone about this subject come to me, and it makes me happy,” he told Israel’s Ynet  News. “I get to tell young guys that everything will be OK, and their world isn’t going to fall apart, and they will definitely find love and happiness.”

“But when it comes to married gay guys,” Elabum continues,”I seriously don’t know what to say to them,because they live  awful lives. It’s a very complicated story, and you can never forget that there’s a woman in this story who suffers, and suffers really bad.”