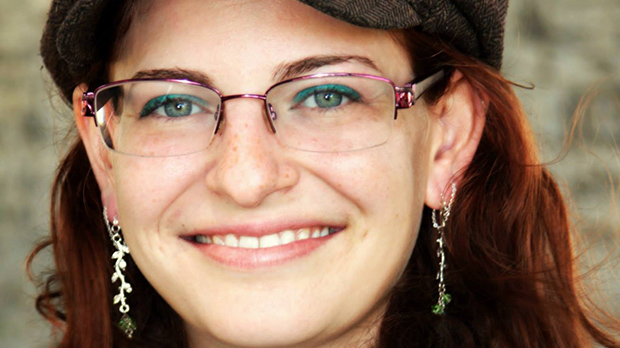 Artist and freelance Jewish educational consultant, Rae Antonoff, says that if Jewish participation with even the faintest whiff of Israel supposedly poisons LGBTQ pride parades, then it’s high time we embarked on a serious leadership detox and cleared the way for a less anti-Semitic Pride month next year.

Coming out as a bisexual in a queer space is complicated. And not least for Jews. We’re not straight, so the heteronormative community makes it clear we’re “out of the club.” But we’re not quite “queer enough” either, so we often get cold-shouldered (if not actively kicked) out of the queer club, too. We occupy this strange liminal space where our personal-identity-cards are under blacklights, scrutinized endlessly to “prove” whether we belong in or out of the “real queer” club.

I’m used to that. I’ve been an activist for queer rights since I was 15, when I came out because I had a crush on a girl in my cabin at Jewish summer camp but had a boyfriend and was very confused until I learned some new terminology.

I left Georgia for college, majored in Jewish Studies and LGBT Studies—I thought I was in heaven when my advisors allowed me to combine internship requirements with the DC JCC’s LGBT engagement program.

Biphobia within the queer community became a regular part of my life, both personally and academically—it was my senior research topic. I’ve always refused to be inauthentic, to pretend to be “gayer” than I was, or to disrespect all the wonderful relationships I’ve had (and continue to have) with men by trying to pass myself off as gay in vain hopes of a chance with even the cutest biphobic lesbian. It’s simply Not My Thing. I was still in my early twenties when I decided I was already too old and tired to maintain any type of closet around my personal identities. Continue reading in Haaretz