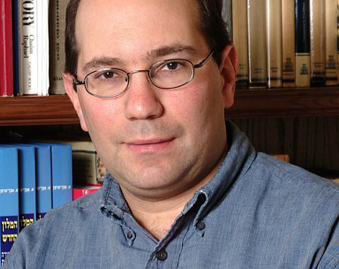 Gil Troy, a Professor of History at McGill University who will be teaching at the IDC Herzliya this fall, says we all lose when we prejudge based on group identity 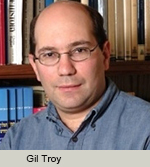 “The world is wrong side up,” the great American preacher Billy Sunday once said: “It needs to be turned upside down in order to be right side up.” Sunday died in 1935, but he described today’s world too.

Consider: “When Women Become Men at Wellesley”: The New York Times reports that Timothy, a “masculine-of-center genderqueer,” who applied to Wellesley, a great women’s college, as female, but now identifies as male. He campaigned to be Wellesley’s multicultural affairs coordinator, only to be opposed by an anonymous campaign because — get this – a white man shouldn’t lead diversity efforts at a women’s school. “The patriarchy is alive and well,” he sympathized. “I don’t want to perpetuate it” – as if he is a conventional, patriarchal white male – or that is a valid reason for rejecting someone’s contributions.

In Washington DC, Rabbi Gil Steinlauf told his congregation, Adas Israel, that he is gay and is divorcing his wife of twenty years.  The synagogue president commended the Rabbi “for his courage in sharing his news with our community in such an honest way” and offered him “full support.”

I can only imagine how difficult this decision was for Rabbi Steinlauf. Modern marriages are complicated enough. Marriages played out on a congregational stage are that much more challenging. Struggling with sexual confusion as a husband, father, and rabbi must have been excruciating.

Still, rabbis are not plumbers – or professors. With them, the personal affects the professional, intimately and intensely. This man officiated at hundreds of weddings, counseled hundreds of couples. He chose to marry, father children, be a rabbi, be a congregational rabbi in a Conservative synagogue. In choosing, we commit.

Matrimony’s “For better and worse,” and the Jewish vow, “by the laws of Moses and Israel” don’t have a “coming out of the closet” exemption.  Four decades of studies offer sober warnings proving the harm making family relationships disposable does to children – and society.