On Thursday about 30 people attended an evening with David Quarrey, the first gay British Ambassador to Israel. The event took place at the Tel Aviv LGBT Center and was hosted by Tel Aviv’s LGBT English-Speakers Group and LGBT Olim. 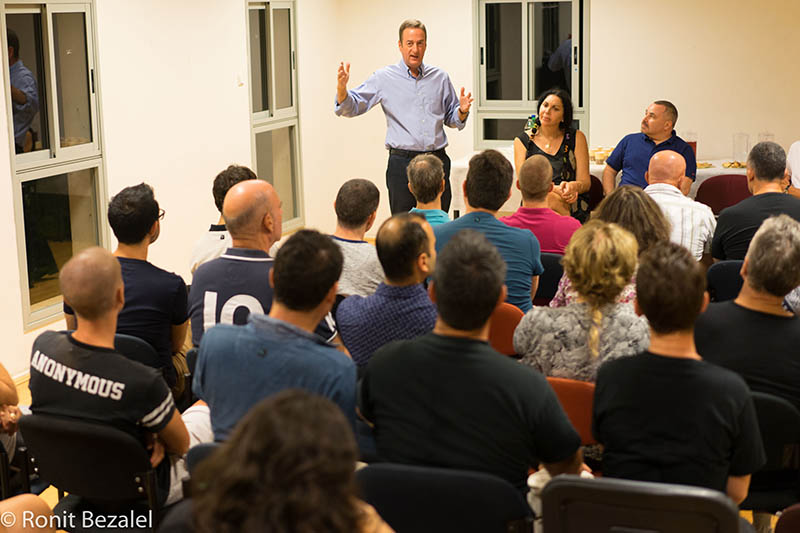 Quarrey, a diplomat who has been the United Kingdom’s Ambassador to Israel since July 2015, talked about his career in the British Foreign and Commonwealth Office (FCO) and his previous placements in Harare, Zimbabwe, New Delhi, India and at the United Nations in NY. He also mentioned he was a private secretary to British ex-PM Tony Blair, for two years.

Quarrey talked about changes in British law and FCO policy in the 1990s that enabled LGBT people working there to come out without fear of losing their jobs.

“Some of the questions theAmbassador was asked were personal in nature, such as what he thought about Israel and Tel Aviv, and others were more political: for example, does he believe that Israel is an apartheid state and what does he think of the term pinkwashing and what does he think about the BDS movement,” says Roy Freeman, manager of the LGBT Olim and the English Speakers groups.

“He said that he doesn’t believe Israel is an apartheid state. He explicitly stated that he believed that Israel’s record on LGBT rights was authentic and not ‘pinkwashing.’ He mentioned the aftermath of the murder of Shira Banki at Jerusalem Pride in 2015. He felt that the outpouring of sympathy from the public and from politicians, etc. was real and heartfelt.” 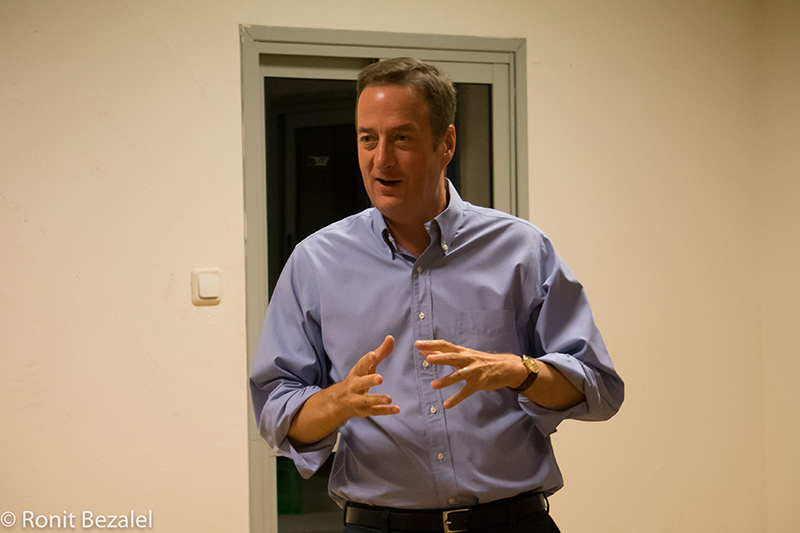 Other questions, Freeman said, were answered very diplomatically. “He obviously is in Israel to execute British foreign policy, and couldn’t answer party-political questions,” said Roy. “Someone asked about Brexit. Another asked why the Queen has never visited Israel.

“When asked about Brexit, he mentioned that it could mean opportunities for additional trade between Israel and the UK.”

A couple of the questions were also directed to his husband, Aldo. The two had a civil partnership in the UK a few years ago and then married five years ago in New York. “He also mentioned how welcoming Israel has been to him and his husband,” said Roy. “They were both personally greeted by President Rivlin. The ambassador also mentioned a gay colleague of his who works are the British embassy in Saudi Arabia. His partner is there too but it sounds like it’s on the down low, so as not to offend the locals.”

Freeman says that for the English speakers group, and especially for LGBT people who moved to Israel from the UK, the meeting with the Ambassador was inspiring. “I think for the British Olim, there’s a sense of Pride that the ‘British establishment’ has progressed so far in the last 20 years that an openly gay man can have such a prominent role and that he and his husband can be open about their relationship,” Roy says. “There is also a sense of pride that Israel is one of a still relatively small number of countries outside of the US and Europe where a gay man can be accepted in this role and receive a warm welcome from the President. He is a role model for the LGBT community and it sends an amazingly Powerful message to the community that simply could not have existed a generation ago.” 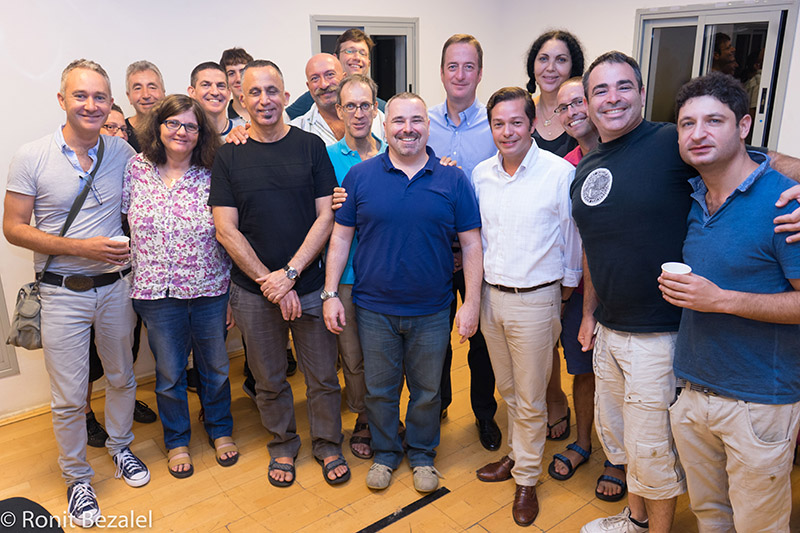