Women’s Gathering and Men’s Gathering are two groups of gay and lesbian volunteers, who work together to spice up the queer activities (and the nightlife) in the holy city of Jerusalem. From Jerusalem with pride.

After being praised by OUT magazine and Gay Cities, Tel Aviv is now known all over the world as a gay capital. Tel Aviv became so popular among gays that most of the gays who come to Israel pay much less attention to, or sometimes even skip visiting Jerusalem. Now a group of LGBT volunteers is trying to change that. “We want tourists to see a vibrant gay culture in Jerusalem,” says Marty Moseson, founder of Men’s Gathering, a grassroots volunteer group which runs events for GBTQ Men in and around Jerusalem. “I feel that Jerusalem has a completely different vibe than Tel Aviv that may attract a different kind of person.  Jerusalem is all about spirituality, history, real diversity and I feel that there is a need for a gay culture in Jerusalem.  We are still at the early stages of building it, but hopefully with the Women’s Gathering and the Men’s Gathering and other projects on the horizon, we will succeed in making Jerusalem attractive to a very diverse audience, both from Israel and abroad.”

Moseson and Men’s Gathering (MG) works with a sister volunteer group for women, Women’s Gathering (WG), conducted by Sarah Weil, who runs the successful women’s party line Eve. “The Men’s Gathering began as a faint idea after many of my gay friends came to the Women’s Gathering and told me that they wished there was something like it for men,” Sarah tells A Wider Bridge. “As a woman though, I felt a little out of my element creating a gay men’s event.  What do I know about gay men? Well, not much, but I do know how to create quality events.  So when Marty and I began to discuss the idea and he showed a serious interest in getting it off the ground, I realized that the two of us could create something really special together.”

“We met a few times to discuss the concept, which is to nurture a kind of ‘queer’ men’s spiritually-emotionally-physically conscious space where men can mingle and get to know each other.  And then we turned to Yitz Woolf to help create the logo and the graphic design.  It takes a tremendous amount of work to start something new, and Marty has the drive that it will take to make this event the huge success that it can be.”

In your Facebook description you say that you “nurture a kind of ‘gay spirituality'”- what does it mean?

Marty:  “Spirituality can mean many things to different people, and for me it means combining my religious and gay identities, and this is something that I am always trying to do. For example, I attended a Shabbaton through the Pride Minyan in Tel Aviv, and I felt really connected to the people who attended, since they were combining their religious and gay identities into one.  A big part of what we want to do with the Men’s Gathering is cultivate a safe space where people can find their unique sense of spirituality and meaning through community.”

Sarah: “I believe that one of the main issues many gay people struggle with is how to bring ‘holiness’ into their relationships, into gay sex and love. Because we have apparently been rejected by ‘religion’ many gay people totally reject all that religion has to offer, but this doesn’t have to necessarily be the only response.  I think that it is possible to nurture a spiritual relationship with God, with the loving and accepting sides of religious traditions and develop spiritually conscious communities that are inclusive of gender and sex differences.  We hope the Men’s Gathering can be a loving space where gay men can feel comfortable living authentic gay lives without having to entirely alienate (or be alienated by) traditionally religious values.”

Marty and Sarah are currently in full preparations for their first event, combining both WG and MG groups this Thursday, a huge pride party with the famous DJ Ellyott, that is a part of the pride parade celebrations in the city. “We had our first Men’s Gathering on July 17th at a quaint and cozy restaurant called Basher Wine Bar,” says Marty, “it was so much more successful than we imagined and we couldn’t be happier with how it turned out.  There was a wonderful mixture of different people, from secular to religious, right and left and everyone in between.  There was a wonderful sense of community throughout the entire evening.”

“It was truly eye opening to see that there is such a huge need here in Jerusalem for this kind of event,” adds Sarah, ” While there is a small gay scene in Jerusalem, it attracts a very small segment of the gay population. We are trying to cater to the 27-60 age range, mature young men and older men who are looking for a more sophisticated good time.” 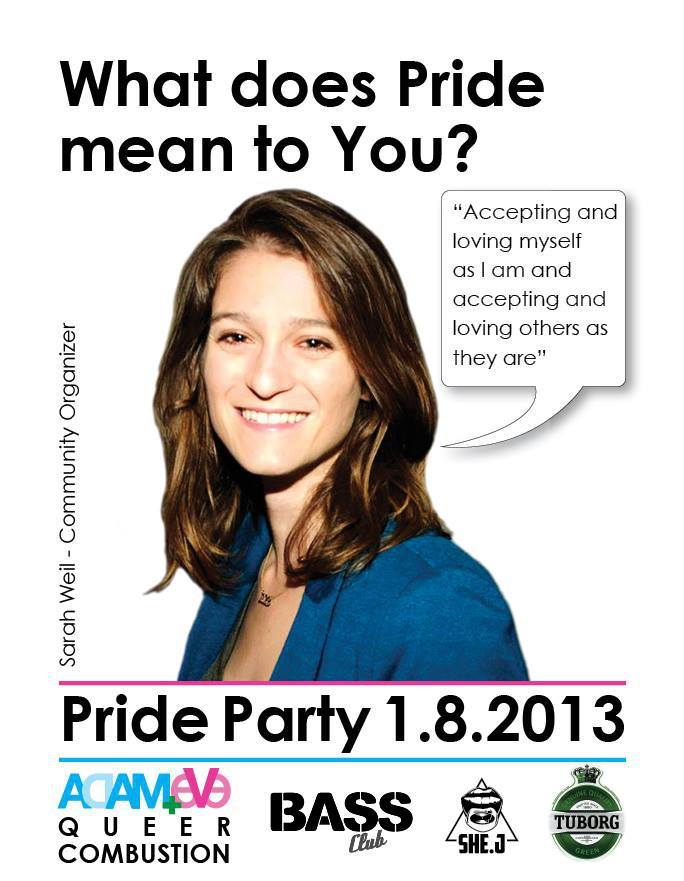 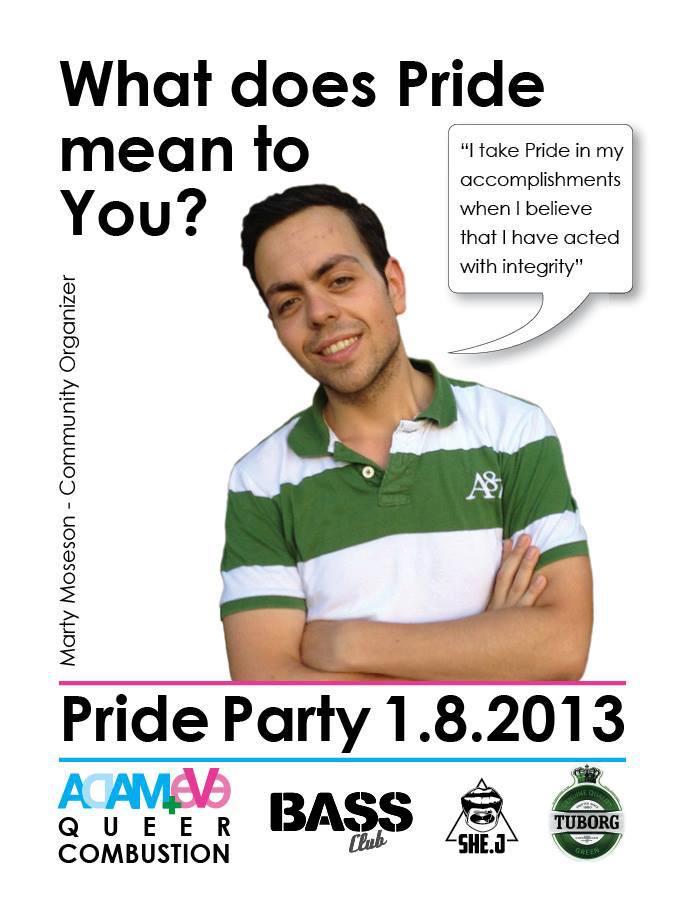