Famous singer and DJ Boy George will fly to Israel in May to open 2014 pride events in the country. Boy George will perform in Eilat’s “Pride Village” during pride weekend in the city.

The international superstar performer, Boy George, whose colorful performances and eccentric personality have turned him into a legend (also as a DJ), arrives for a one night event at the Dekel beach in Eilat, produced by the Israeli gay party line Temptation. Other DJs who will participate in the event are Marc Vedo from London, Moti Saadia and Gil Peretz.

Eilat Pride celebrates its Bar Mitzvah this year, 13 years since it started, in a full sunny weekend of pride starting May 15 and continuing through May 17. On May 17, Eilat will also mark the International Day Against Homophobia and Transphobia (IDAHO), and the Israeli branch of this important day is planned to be part of the Pride events, educating the community in Eilat and sending strengthening messages to the LGBT communities in Russia, Uganda and Nigeria.

Hotel Crown Plaza in Eilat will serve as the official host of the Pride events during the weekend and its pool and other facilities will be open to the community to have “a full pride experience.” Marakesh Hotel in Eilat has announced that during Pride weekend it will host women only. 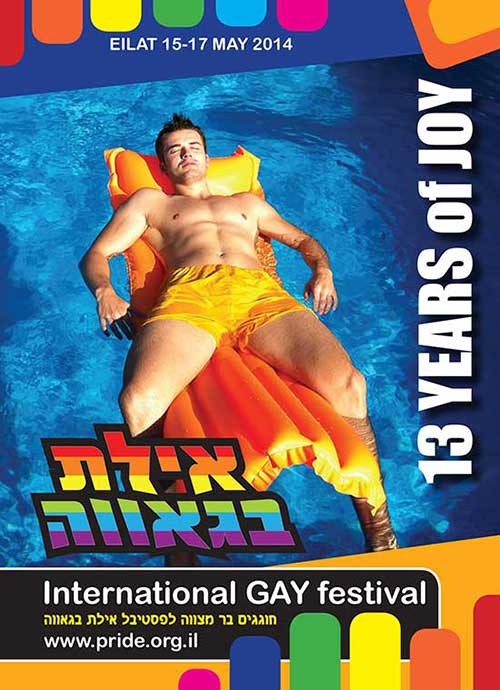 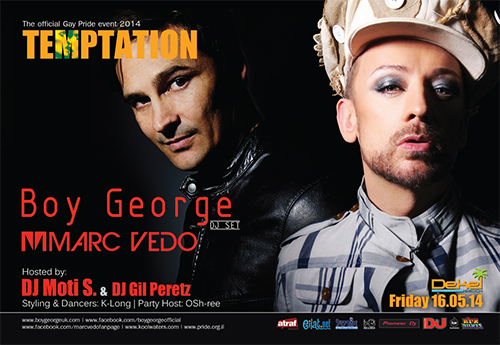