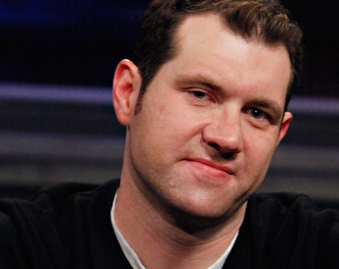 Out-and-Jewish comedian Billy Eichner was sent by Conan O’brien to do a segment about Israel back in May, and funnily he ended up asking people on the streets of Jerusalem about Madonna’s tour opening in Tel Aviv. On Tuesday, he has gone a full circle as he crushed the Material Girl’s stage while she’s rehearsing for her show at Yankee Stadium in New York, because, if you watch ‘Conan’ regularlty you already know that the three things Billy loves the most in this universe areHarassing pedestrians about pop culture, Madonna and everything related to Madonna.

Here’s the segment from Israel:

In a new interview with Queerty, Eichner said that he eventually wants to have a boyfriend, “but I don’t think I’d be a very good boyfriend right now,” he says. “I’m either yelling at people on the street or I’m very tired and irritable. I’m protecting someone by staying single.”

And will you find hom on Grindr? “I don’t think I’m too much of a celebrity [to be on Grindr],” Eichner says, “but those things are good for a  quick fix, and, ultimately, I don’t know if you get much out of it. I imagine  it’s very time-consuming. I was on it years ago, but I don’t have the patience  for it.”