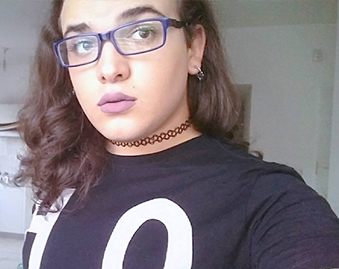 In rural and peripheral areas in Israel live hundreds of LGBT people who have to cope every day with life outside or inside the closet in less accepting and open surroundings. Erin Toledano-Farajov, a bisexual genderqueer transgender woman, tries to explain life as LGBT on the periphery through her own personal experience. 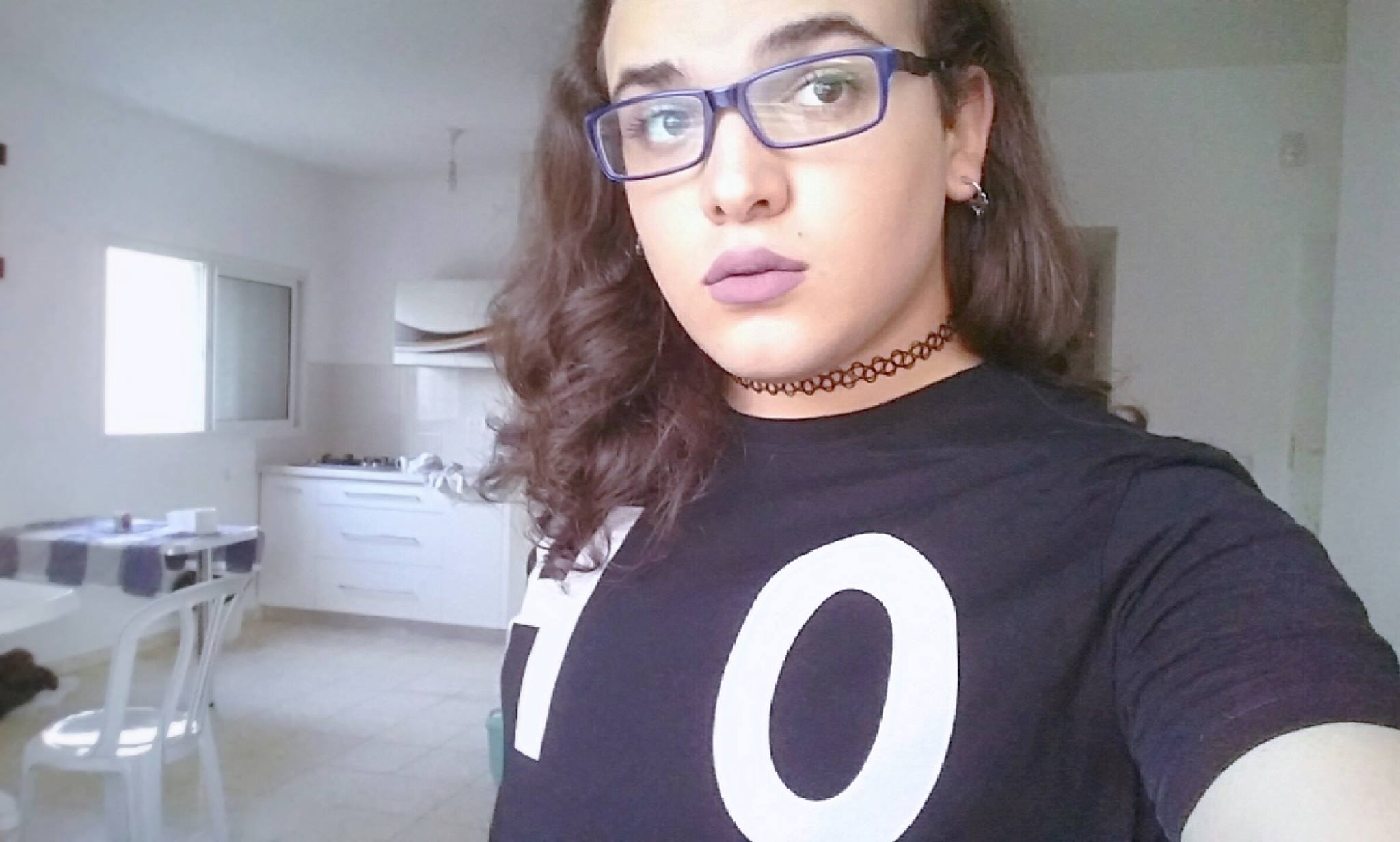 Erin Toledano-Farajov, who’s only 18, is originally from Hadera, a city in the northern Sharon region. She recently moved to Tel Aviv and volunteers at Ma’avarim. In a new interview with Israeli website Mako, she says she suffered a lot in high school. “Students harassed me, threw comments at me and sometimes just stared at me like I was an alien,” she says in the interview. “There were boys who sexually harassed me, slapped me on the buttocks and shouted at me that I ‘must love this.’ The school’s management only worsened the situation. The counselor told me that it was not right for me to come out and talk publicly about my sexuality, and teachers refused to refer to me as a woman, didn’t recognize the name I chose for myself and treated me badly just because of my identity. When later all my friends were working, I never found an employer willing to hire me. Many told me it was because of the way I look, and one said he doesn’t hire transvestites. Employers asked me to dress in a more masculine fashion and basically pretend to be a man, and of course I refused. I will not give up my visibility for money.”

The severe LGBTphobia Erin experienced didn’t bring her down, and while she struggled to finish school before moving to Tel Aviv – the big city where she can find more acceptance – she continued to stick up for what she believed in, and to stand up for herself. “At first I was devastated physically and mentally,” she said. “Unfortunately, with the experience of daily LGBTphobia I finally had to learn not to remain quiet. Only then the high school management, which apparently was afraid to be criticized from the outside on its behavior, eventually let me live as I please at school. This led me to social activism and now I’m still working to promote awareness and I’m active in community and social networks.”

While openness and progress is increasing in Tel Aviv, Erin says that the situation on the periphery has not changed over time. “On the periphery they expel us, they don’t let us make a living and they harass us so that there’s a lack of motivation to stay there,” she said. “This very unfortunate trend sends a message to young people on the periphery that only in Tel Aviv can we develop and live. I believe that the situation in Tel Aviv is not better than the periphery, but that the difference is related to the socio-economic situation, rather than tradition or religion, as is commonly thought. Tel Aviv has LGBTphobia, but they know that it is not acceptable to show it in public, because the community there has created a deterrent. Hadera has no community to create deterrence and it is still customary to be homophobic, and homophobia is therefore out in the open. ”

After moving to Tel Aviv, Erin discovered that there are many negative things in the big city as well. “It is true that in Tel Aviv there are economic and employment opportunities and a sense of community, but in fact, I experienced more harassment in Tel Aviv and I feel safer in public spaces in Hadera,” Erin revealed.

“Tel Aviv has a lot of negative things, like prostitution of Gay Youth and of transgender women. There is a lot of work to be done there. The problem is that a lot of people in local power centers have interests, and prefer us to keep quiet and thank them for what we have achieved. They benefit from the massive transition of people to Tel Aviv, things like funds for the organizations in their city. This is a circuit that feeds itself.”

Erin says that the main thing that could improve the situation is that LGBT people on the periphery will become more active and take part in struggles. “Organizations should grow from the periphery as well, next to the community organizations active mainly in Tel Aviv. Those organizations need to hire people from the periphery. We should set up an LGBT Social Authority, one that enters the education system and fights for students abandoned by it, a Social Police that stands beside those who are being bullied in the educational institutions and workplaces.”