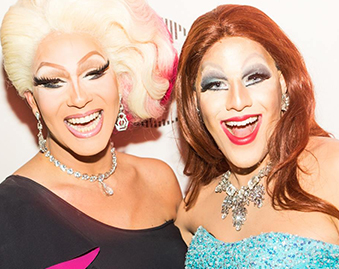 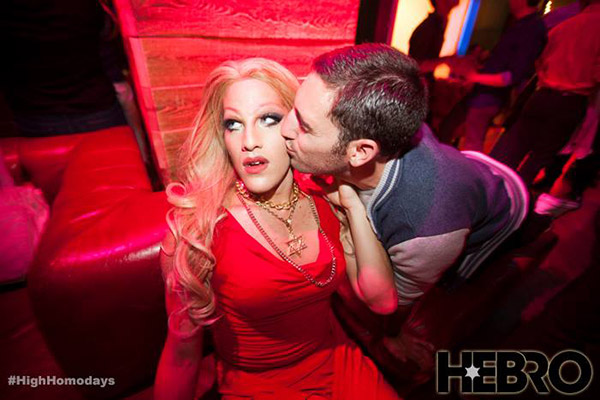 Imagine being an Orthodox Jew who realizes he is gay, and that he feels most comfortable in the skin of a flamboyant, outspoken Jewish matriarch. For a growing community, this double departure from the acceptable norm makes the experience that much more difficult to come out about—yet irresistibly appealing.

One of the newer arrivals on this scene, Lady SinAGaGa first performed as the headline host of a Jewish High Homo Days party in New York last September. She had been out of the closet less than a year, and received advice and support for her first drag queen performance from veteran Silvia Sparklestein. The two characters, performed by local Orthodox Jews Moshiel and Yudi K, represent a growing subculture within the drag queen community of characters who are themselves culturally Jewish. The songs, jokes, and commentary are largely riffs on the Jewish lifestyle.

The challenge and tension—and perhaps part of the thrill—of participating in the nightlife scene as a drag queen lies in maintaining the life of an Orthodox Jew during the day. At least nominally, Moshiel and Yudi K maintain the requirements of their religion.

Lady SinAGaga, as you may have guessed, is a Jewish drag queen (in case you missed it: SinAGaga sounds like synagogue). Her real-life alter ego, Moshiel, 22, was raised Orthodox and came out just over a year ago. He grew up attending Jewish day schools on Long Island, and spent two years studying at a Jerusalem yeshiva, a religious school, before he started at the School of Visual Arts.

Read more on the Guardian