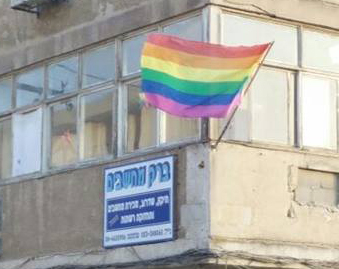 Beer Sheva municipality has gone through a significant change in attitude towards the LGBT community since last year’s cancellation of the gay pride parade.

Last year, the Beer Sheva Municipality caved in to orthodox extremists and did not approve the LGBT community’s pride parade in the city. The fight for holding a pride parade in Beer Sheva, that even got to court, encouraged an intense discourse in the city, especially thanks to the media coverage, in Israel and around the world.

“These events led to a change in perception in the city municipality of the LGBT community,” says Tsion Raz, spokesperson of Beer Sheva Pride House. “City lawmakers came to an understanding that there there’s a developed community in the city whose needs have to be fulfilled. This is why we started a series of talks between representatives from the city hall and from Beer Sheva Pride House, and started to cooperate in order to fulfill these needs.”

The main need that came up is the need for a building that will serve as a social home for the LGBT community, in in which the community activities will be held. “The Beer Sheva municipality has answered our request and allocated an appropriate building that is completely funded by the city hall and will serve as the local LGBT center.”

The new building is currently under construction and will be launched in the coming weeks.

Moreover, the city has approved a social worker who will be placed in the new building in order to answer the psycho – social needs of LGBT people in the area. The social worker will also promote workshops for social and government workers in the city.