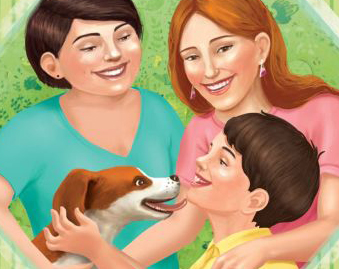 When Monica and Cheril Bey-Clarke were preparing to be foster parents in New Jersey, they wanted to build a multi-cultural library for their child that reflected a broad spectrum of families, including one that looked like them: two African-American moms. Finding none, they started My Family! in 2010, a publisher of children’s books aimed at gay and lesbian families of all races and religions.

Their goal: “To promote the normalcy of different families,” says Monica.

The incidence of openly gay and lesbian families has been growing steadily for decades, and a spike will likely develop as more states sign on to marriage equality. But the publishing and media worlds are just starting to catch up. Television shows like “Modern Family,” which features a gay couple raising an adopted daughter, validate the experience of same-sex couples and their children, but there are precious few explicitly Jewish models out there.

MyFamily! has some Jewish representation in their regular fare, such as a holiday coloring book with a Hanukkah scene. But it hadn’t made a point of focusing on the Jewish community until last year.

“We just came to notice that there is a large Jewish LGBT community,” said Monica. “There’s really nothing out there to represent this subset of the community.”

So they commissioned two children’s books to target that niche. Of the many submissions received, the Bey-Clarkes were smitten with “The Wonderful Adventures of Benjamin and Solomon” by Elena Yakubsfeld and “Adopting Ahava” by Jennifer Byrne. Both books were recently released as the newest MyFamily! products. 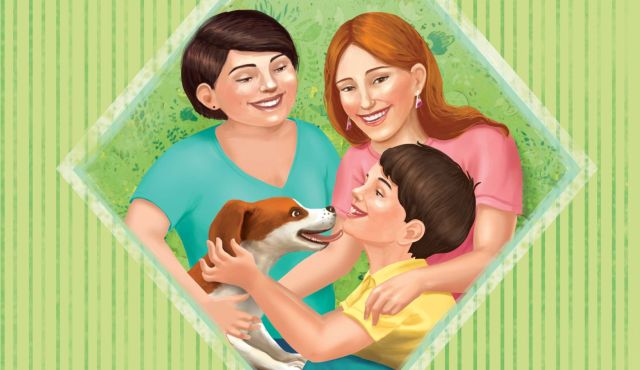