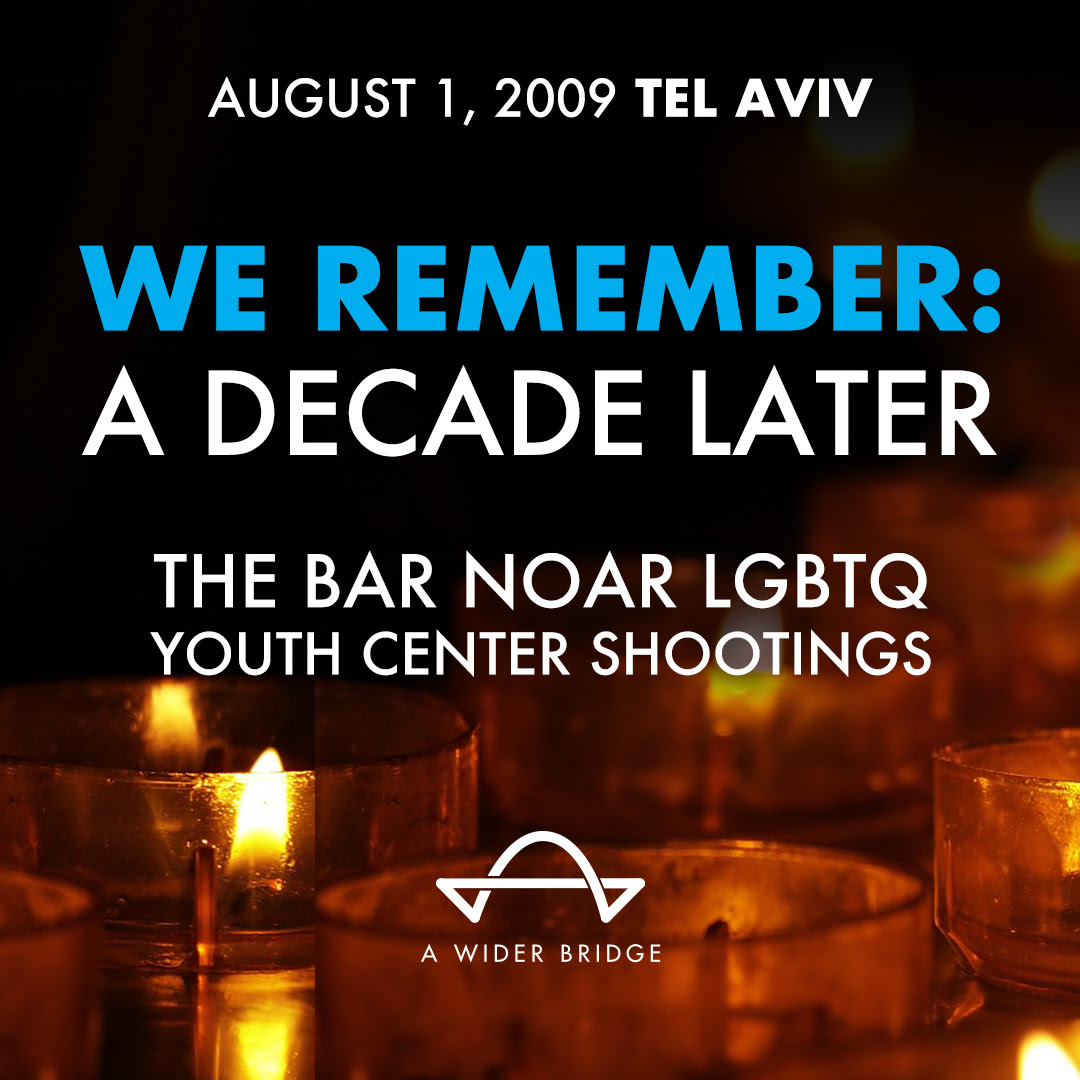 On August 1, 2019, we will observe ten years since the shooting at the Bar Noar LGBTQ youth club in Tel Aviv, in which two young people, Nir Katz and Liz Troubishi, were murdered, and many others seriously injured. The tragedy played a pivotal role in transforming the Israeli LGBTQ community, and led to the founding of A Wider Bridge.

We invite you to join us by video (Zoom) on August 6th at 1pm EST as we reflect on the tragedy, its aftermath, and ten years of LGBTQ Israeli community growth and change.

Ayala Katz, the mother of the late Nir Katz, became a champion advocate for the Israeli LGBTQ community following her son’s tragic death. Ayala is also a past Chair of Tehila, the organization for parents and families of LGBTQ Israelis.

Ohad Hizki is the CEO of our grantee, the Aguda — Israel LGBTQ Task Force. Ohad will discuss the Aguda’s evolving work, and discuss the Nir Katz Reporting Center, the Aguda’s project collecting and monitoring hate crimes against LGBTQ residents of Israel.

Arthur Slepian, founder of A Wider Bridge, will share how the traumatic events of the summer of 2009 led to A Wider Bridge’s beginning. Arthur will also reflect on the incredible progress our LGBTQ communities have made over the past decade by coming together.

Please RSVP for the Zoom call today, as space is limited.

We also invite you to read Arthur’s moving reflections on the Bar Noar tragedy, which you can find on our website.