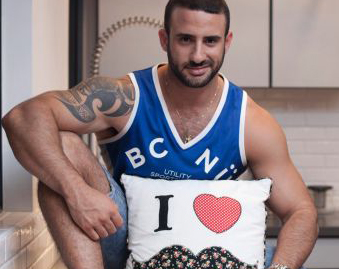 Israeli gay icon Eliad Cohen takes a break from partying shirtless around the world to talk about growing up gay in Israel.

When Eliad Cohen steps out of his gym in downtown Tel Aviv, people walking by cannot help glancing at him. His enormous muscles are framed by a tank top with a neckline so low and broad that his huge, hairy chest is entirely on display, and his gigantic arms look like they were transposed from the Incredible Hulk and covered with tattoos. Although he attracts a lot of interest, most people do not know his name. Cohen manages to stay relatively anonymous in Tel Aviv, but in Manhattan’s Chelsea or Madrid’s Chueca neighborhoods, it would be impossible to find someone who did not know exactly who he was — the most famous gay Israeli icon of recent years.

Ever since he appeared three years ago on the cover of Spartacus, the bible of gay tourism, Cohen has been a sought-after model. He is also the owner of the PAPA party line that has been successful in dozens of cities all over the world, the co-owner of Gay-ville, a gay vacation rental service, a star of gay-themed YouTube videos — and the fantasy of millions of men. Photographs of him in underwear, a bathing suit or an Israeli Defense Forces uniform have become popular, particularly on the Internet, receiving responses such as, “I want peace now with Israel after seeing u.” Cohen is the extreme embodiment of the contemporary Israeli gay man: He lives freely and openly, strives for success and self-actualization and makes no apology for his masculinity or sexuality.

These days, Cohen is launching a collection that bears his name with the Australian brand BCNÜ and an online store with PAPA merchandise. On June 12, he is holding the biggest event of Tel Aviv’s Pride Week — a huge pool party at the Shefayim Water Park that will go on from 10 A.M. to 10 P.M. In the evening, partygoers will continue to yet another party he is arranging at the Oman 17 club in Tel Aviv. 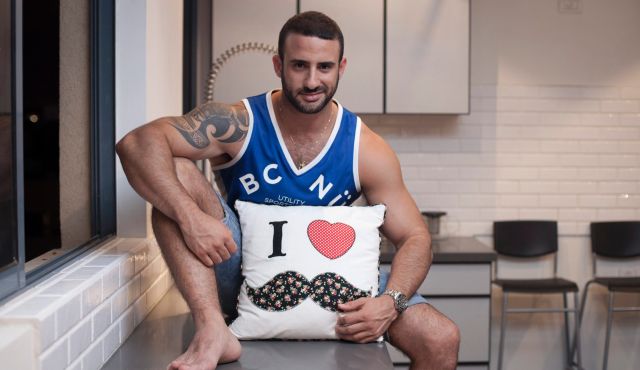