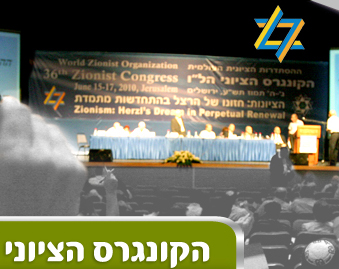 ARZA, Association of Reform Zionists of America, secured 56 seats out of a possible 145 in the World Zionist Congress elections that took place at the beginning of June.

It means that congratulations are in order to Arthur Slepian, Executive Director of A Wider Bridge, who was placed at the #20 spot in the ARZA elections, and earned a spot at the World Zionist Congress.

Slepian is not the only LGBT person to have been elected; Other congress delegates include Rabbi Dr. Deborah Waxman, President, Reconstrucionist Rabbinical College and Jewish Reconstructionist Movement, Rabbi Denise Eger from Congregation Kol Ami in LA and President of CCAR and Rabbi Sharon Kleinbaum from CBST.

“The Reform and Reconstructionist movements, received almost 40% of the votes which means that liberal Judaism will hold a solid majority in the World Zionist Congress this October,” ARZA wrote in a statement. “At the Congress, American Jews will have the opportunity to express their strong feelings about the issues close to our hearts, and then work to affect change in those areas. We will be one step closer to making Israel the Jewish state that we know it can and should be.”

The results of this election help determine the Jewish world’s influence in Israel’s national institutions, the World Zionist Organization, the Jewish Agency for Israel and the Jewish National Fund.

The World Zionist Congress will take place for the first time since 2010 on October 20-22, 2015 in Jerusalem 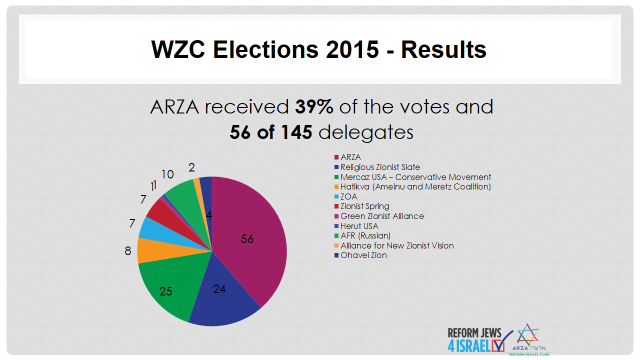 Founded by Theodor Herzl in 1897 to help bring about the establishment of a Jewish state, the World Zionist Congress was conceived as a parliament for the Jewish people. The 500-person representative body of the Jewish people wields substantial control over three key institutions with significant assets. Of the 500 representatives, 190 come from Israel, 145 from the United States and 165 from the rest of the world combined. Learn more about the congress