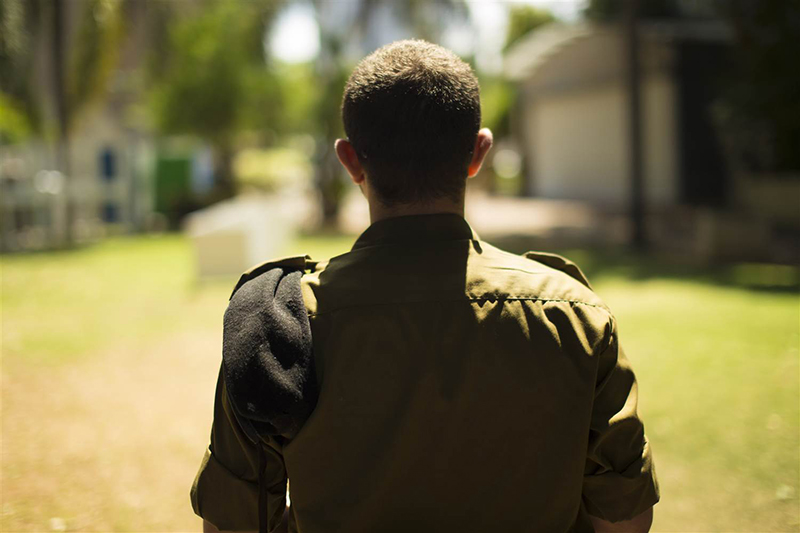 The young Israeli lieutenant harbored a huge secret for years — she was he. The moment of truth came when a group of cadets asked why the officer they knew as a female was wearing a man’s uniform.

“I [came] to a conclusion that I cannot be an officer and a commander when I’m hiding this major secret,” the 22-year-old told NBC News. “If I expect my soldiers to be honest with me I have to do the same with them. I told them I see myself as a man for all my entire life.”

As Israel’s first transgender military officer, the lieutenant requested that NBC News identify him as “Shachar,” which means Dawn in Hebrew. Shachar said he did not want to garner undue attention while serving.

Shachar, who was born in a kibbutz in southern Israel, knew from a young age that he did not want to be a girl.

According to his parents, at the age of two he asked to have his hair shaved off. When he was four, he told them he no longer wanted to wear dresses.

From that moment on he looked like a boy, but did not know how to explain his feelings. It wasn’t until Shachar was 16 that he learned the term “transgender” and the missing piece of the puzzle fell into place.

“In a period of three months I told my parents and closest friends and it was a great moment of feeling free,” he told NBC News in an interview at Tel Aviv’s Kirya military base.

While Shachar knew from childhood that he identified as a boy, he also knew that his future was in the military, where his mother and father both had been officers.

Israel’s armed forces are among the most accepting when it comes to issues of gender identity, according to Oded Frid, the former CEO of the Israeli National LGBT Task Force rights group.