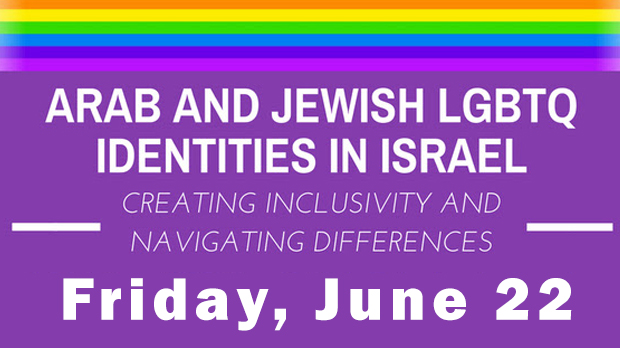 Join A Wider Bridge, The Inter Agency Task Force on Israeli Arab Issues, and JCRC-NY for an in-depth discussion of Jewish and Arab LGBTQ realities in Israel, and the status of efforts to enhance acceptance and understanding for diversity in the LGBTQ community, and gender and sexual difference within Arab society.

In recent years, Israel’s LGBTQ community has made strides in attaining greater overall acceptance and developing supports for individuals navigating their gender and sexual orientation. For Arab youth and young adults however, many of whom come from traditional backgrounds, expressing both their LGBTQ and Arab identities can be particularly complex. What are the challenges of being LGBTQ in Israel’s Arab society and how do these compare to those among the Jewish majority? What are the experiences of Arab youth and young adults in Israel’s mainstream LGBTQ community and how much of a parallel community exists within Arab society?

Liana Meirom – International Relations Coordinator for IGY
Liana grow up in Musrara neighborhood in Jerusalem, a place that shapes her until today. She holds a BA in Education from Beit Berl College and a long history of work with teens: teaching Health, bringing teens together in peace programs, and developing cultural exchanges between Israeli youth and teens from other countries. Liana has been involved in the Hashomer Hatzair youth movement in various capacities since 2006. She served as a combat soldier in the Caracal unit of the IDF .

Nizar Helawy – Founder and coordinator of Alwan- the Arab groups in IGY
Nizar started as a social political activist in the city of Jaffa and completed his BA in political science and sociology at the Tel Aviv-Jaffa Academic College. Nizar has extensive experience in guiding and coordinating Arab Jewish youth groups, did it for many years in Sadaka-Reut organization. Nizar took part on training course of the Forum on Healthy Sexuality and the HIV Task Force, he is volunteering in the social library at Lewinsky neighborhood. 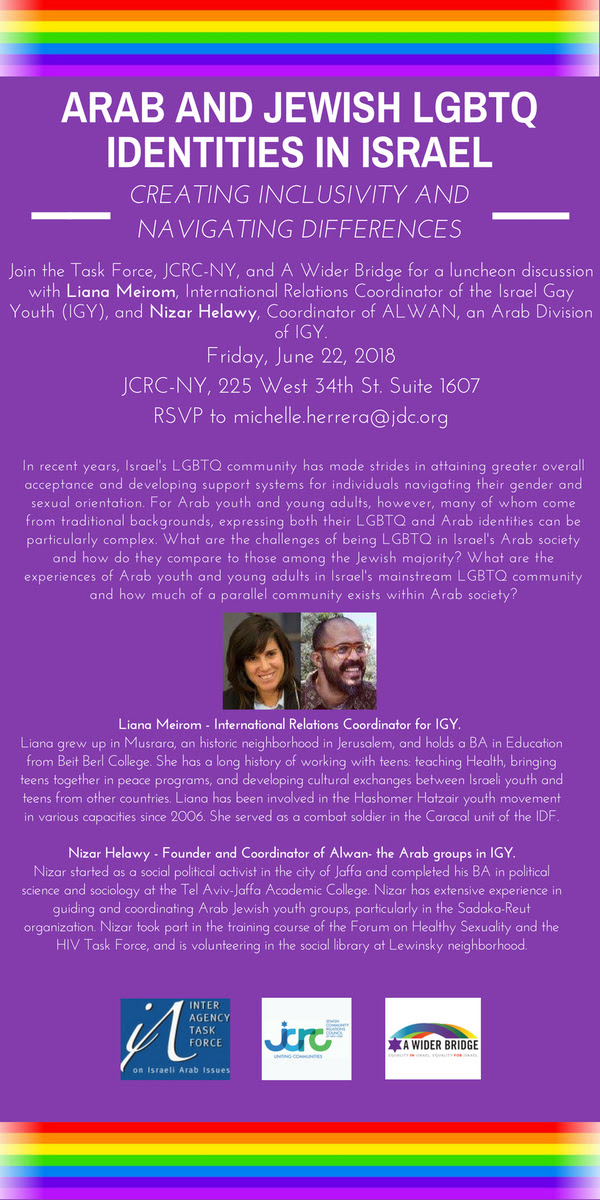