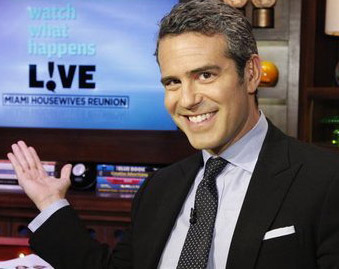 Gay Jewish “Watch What Happens Live” host and executive producer will focus on developing new programs for the network under a new two-year pact.

Andy Cohen is staying at Bravo, inking a new two-year deal with the cable network under which he’ll relinquish his role as executive vp talent and development.

According to the New York Times, the Watch What Happens Live host will focus on developing primetime shows for the network via his new Most Talkative production banner and give up his executive role.

Cohen was promoted to exec vp original programming and development at Bravo in 2010, overseeing franchises including Top Chef and The Real Housewives. He first started reducing his executive roles in November of 2011 when Bravo expanded his late-night series to five nights a week, shifting from exec vp programming to strictly overseeing development and talent.

Read the full story on The Hollywood Reporter