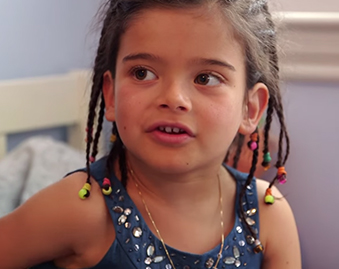 Keshet uploaded a new video on YouTube, sharing  stories of people who make working for full equality and inclusion of LGBT Jews in Jewish life possible. Watch it here.

“If I met a boy who wanna be a girl I’d give that person advice that it doesn’t matter if you were born a boy, you can just change to a girl, you can just be who you are and that’s that.” – these are the words of six-year-old Eli, a transgender Jewish girl, who appears with her mom Jodi in the latest video from Keshet about creating an LGBTQ inclusive Jewish community.

Other stories include Rabbi Suzie Schwartz Jacobson from Temple Israel in Boston , who identify as gay, and queer student and blogger Amram Altzman from New York City.

Rabbi Yechiel Hoffman, the Director of Youth Learning and Engagement in Temple Beth Am in Los Angeles, is also featured in the video. “Even though I identify as straight I really wanted to help the development of another generation of Jews that would be less fearful and more inclusive,” Rabbi Hoffman says.